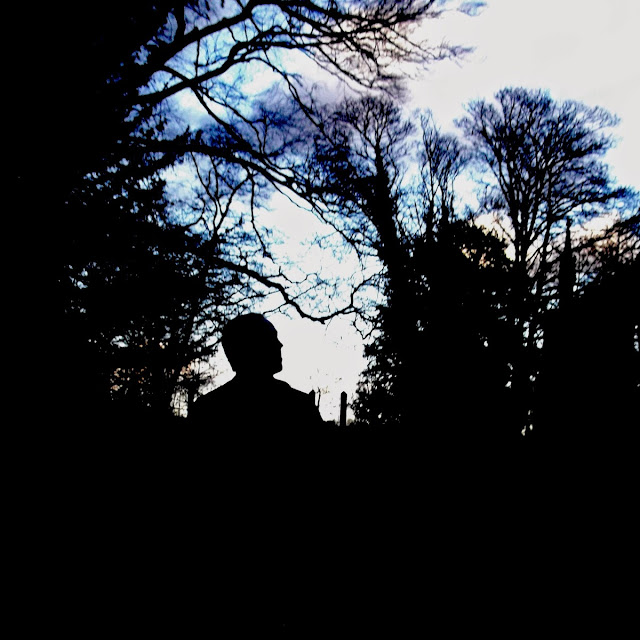 On this, the 8th Dodson and Fogg release for the prolific and hugely creative singer songwriter Chris Wade, a strong argument is made for this quiet, self-effacing artist to be viewed as the UK's primary and most important exponent of modern psych rock. Over previous Dodson albums Wade has developed a distinctive style that harks back to classic rock genres such as acid folk, Kinks style English psych and Syd Barrett whimsy (hear his collaborations with Nigel Planer, from TV’s The Young Ones, for a distinctly surreal trip into an alternate Britain). He also displays a standard of classic yet leftfield song writing last seen this consistently from the likes of Kevin Ayers, mid 70’s Eno and Island era John Cale. 'Warning Signs' consolidates all these alluring aspects and more. If you haven't yet discovered Dodson then their back catalogue is so strong that any album is a useful starting point; however 'Warning Signs' provides a useful distillation of everything that makes this one man band so essential and captivating. This time round there is more instrumentation and a fuller sound than on the previous, more acoustic based 'And When The Light Ran Out' but the mainstays of the Dodson sound, Wade's distinctive vocals and fluid and inventive arrangements, remain central to their modus operandi.

Opener 'See the Warning Signs' is a warm, acoustic yet slightly off kilter ballad. Wade's delivery is dry and slightly sinister, evoking thoughts of the afore mentioned Barret and fellow psych master Paul Roland in a sense of 'this sounds like it should be a normal slice of psych but something is just not quite as it should be', giving the track an extra layer and edge. Wade is a master of this; everything can be listened to as an extremely strong set of classic and instantly memorable songs, however there are corners and shadows that add an additional shade giving the tracks an unsettling curious nature. 'You Got To Move On' is a mandolin inflected, perfect piece of folk pop whilst 'Following The Man' is a garage band stomp, a Hammond and fuzz guitar epic that decries the easy sycophancy and trend following of certain individuals. The guitar solo has to be heard; it passes from Sonic Youth type scorched earth runs to Thin Lizzy licks with seeming ease. Next 'Can You See' reminds this listener of Bolan, a delicate acoustic paean that sprinkles lysergic drops of piano throughout to come up with an album highlight. Evocative, beautiful and timeless this is music that needs no fixed settings in any age or place; it is one man's singular vision and could have been or could be released at any point in either the last or next thirty years. It would still sound just as fresh and accomplished.

'Maybe When You Come Back' adds sympathetic strings to the growling guitar and handclaps, the song itself a slow burner that builds and layers before inserting itself fully into your conscious in a manner that means you will be humming this for days afterwards. Ricky Romain's sitar adorns 'Everything Changes’; tabla adding a further hazy Eastern feel as Wade's vocal floats above the music like wisps of smoke. Truly trance like and a candidate for any future (decent!) adaptations of Alice In Wonderland this is psych of the calibre that deserves a much wider and more acclaimed attention than Dodson have been getting; this may well change with this album as they further their (well deserved) rise to prominence. ‘Just Stumbling Around' is a blues hued nugget of paisley loveliness that reminds this listener of George Harrison's solo work, with The Door’s Robbie Krieger perhaps helping out on guitar. This is followed by 'The Woman That Roamed', a classic late evening piano ballad that adds lazy trumpet to further suggest a melancholic Sunday sunset. This is the type of song Rufus Wainwright has been trying to write for most of his career.

'Oh What A Day’ is a Beatles-esque wonder with flute and mandolin creating a tapestry filled gem with a very English sense of whimsy and warm nostalgia, an absolute triumph. 'Give It A Little More Time' is a side step again, a blues stomp with brass and saxophone and wild guitar riffs the like of which probably haven't been heard since Denmark Street in the mid 60’s. 'You Can Make It' pulls the tempo back to a more reflective space, the track a rustic shimmering beauty that summons up the light of summer evenings and the sounds of a nearby river. Finally, 'Your Work Is Through' begins with an ominous keyboard motif, harpsichord entering along with some vintage sounding synths. Quite unlike anything else on the album it still ably settles among its fellow tracks as variety is always key and present in any Dodson album. The analogue keyboards fade as guitar enters, the pace quickens and Wade's echoed and flanged vocals take the song to yet another part of the Dodson universe; a more prog based corner that there will hopefully be more future exploration of. It is a fitting end to a diverse yet coherent, ambitious yet easily memorable, melancholic yet uplifting set of songs.

This album is yet another incredible Dodson release in a back catalogue already filled with countless treasures and jewels. With this level of mastery of their craft, Dodson should be a household name. Help make it so.

Available now on CD and as a download from Wade's own Wisdom Twins imprint below.