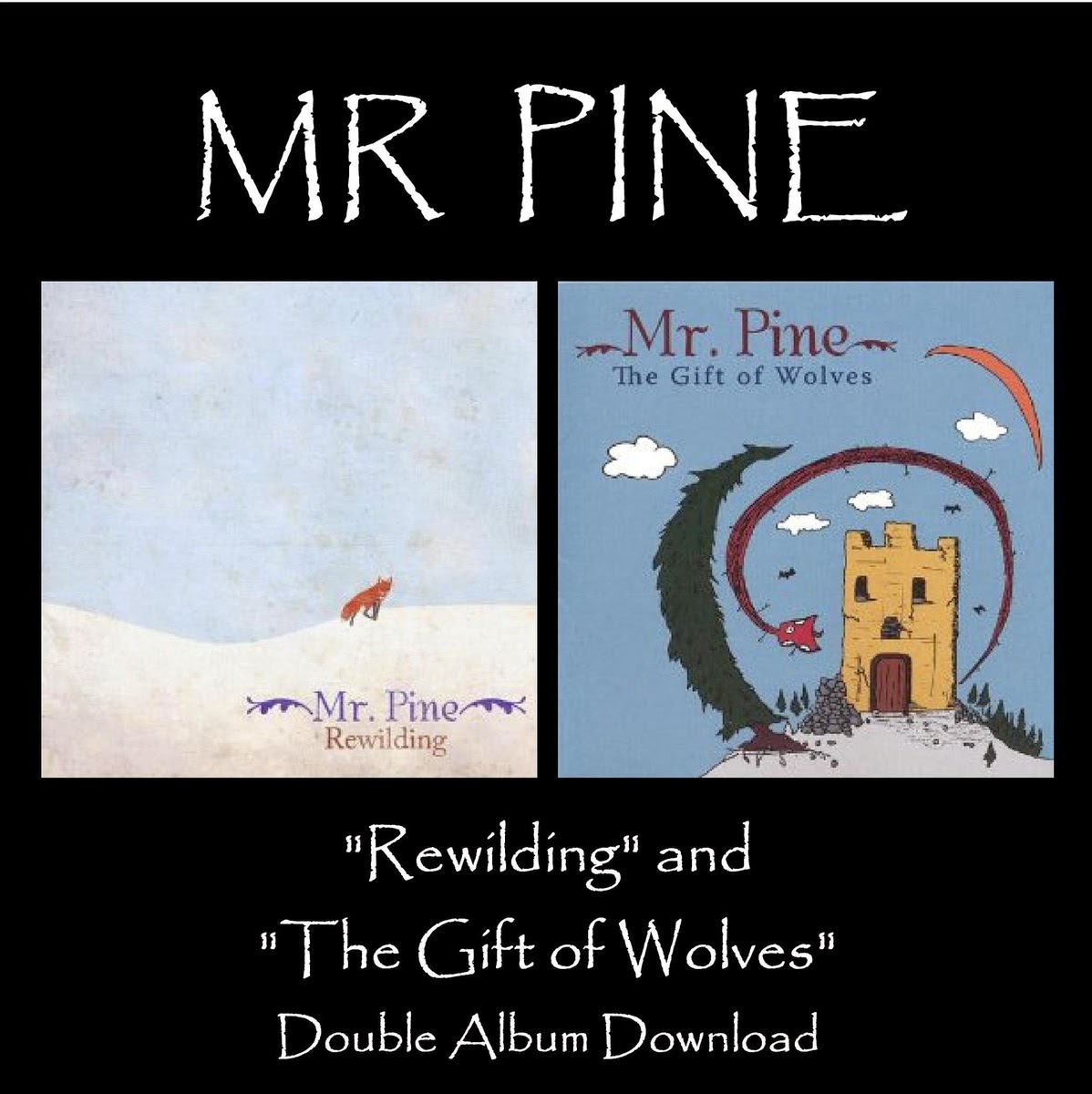 There are some bands that live on in your memory due to the sheer quality of their output and the sense of enjoyment that their music brings. Thus were Mr Pine, this listener discovering them in the days of ye olde Myspace and regretfully not taking the opportunity to pick up their albums at the time (a warning to all those who stream and don't buy from the artist!). Thankfully, Chris Wade (the mainman from psych masters Dodson And Fogg) has reissued both of Mr Pine's albums as a double download, meaning that debut 'The Gift Of Wolves' and follow up 'Rewilding' are now both available in their psych folk glory. Formed in 2003 in Winnipeg, Manitoba, by Matt McLennan and Kevin Scott the band gradually attracted additional players and guest contributors (notably Alison O'Donnell from Mellow Candle) to create their beautiful and mysterious chamber folk. Here then is the chance to revisit (if you were a fan) or to introduce yourself to the box of delights that are Mr Pine’s first two recordings.

Highlights from the albums include opener 'Deux Fax Machina', its acoustic reverie shimmering with piano, chimes, cello and Scott's emotive vocals to create a classic piece of baroque acid folk. Mr Pine's songs are always carefully embellished, never overdone but tastefully and beautifully adorned with cascading piano runs, strings and orchestral touches. 'Soregh and Murn' is a prime example, vocal harmonies and a veritable tapestry of piano notes providing a backdrop for the bleak tale of a young man going out to war. ‘Field Of Glass Houses' is a masterful piece of summer haze that evokes memories of the 70s Canterbury scene, Caravan style piano, cello and plucked strings creating a sepia tinged psych masterpiece. 'Edge of the World' begins almost sermon-like, spoken word reminiscence echoed and accompanied by gentle piano notes, backwards tapes and a choir; a lysergic dreamscape that unsettles and pleases in equal measure. 'Nocturne' is a violin drenched lullaby that manages to be both absolutely beautiful and deeply melancholy; it reminds this listener of Bonnie Prince Billy in its grandeur and timelessness as accordion and xylophone add to the glistening folk orchestra. 'Pagan's Progress' is a Celtic reel of recorder and strings, hugely emotive and thrilling in its instinctively heathen and wild stomp whilst 'Jade Monolith' is a Pogues tinged nostalgic lament, a wintery, freezing paean to a hometown.

In general ‘Rewilding’ has a fuller sound (as there are many more collaborators, McLennan and Scott having commanded the first album almost between themselves) and it is often rockier and more driven whereas 'The Gift of Wolves' is a more reflective, gentle piece. However, that is not to say that the baroque, string laden beauty doesn't appear on 'Rewilding'; 'Set Piece' begins as a full on Go Between's style sophisticated rock song before breaking into a gorgeous violin and cello interlude that suggests Love's 'Forever Changes' in its ambition and sheer creativity. Likewise 'Blue Onyx' introduces harpsichords, 'Sleep of Ondine' features Alison O'Donnell's recognisable and evocative vocals whilst 'Dirge', a shimmering acoustic perfect piece of psych, predates the Fleet Foxes’ perfectly layered harmonies. Varied and rich in style, sound, mood and in their sonic adornment, these are very special albums indeed.

I cannot recommend this release highly enough. Affecting, ambitious and filled with seemingly limitless moments of beauty and inspiration, if you haven't already you need to introduce yourself to Mr Pine. This will, I guarantee, become a lifelong and lasting relationship.

Available now as a download at the Wisdom Twins bandcamp.