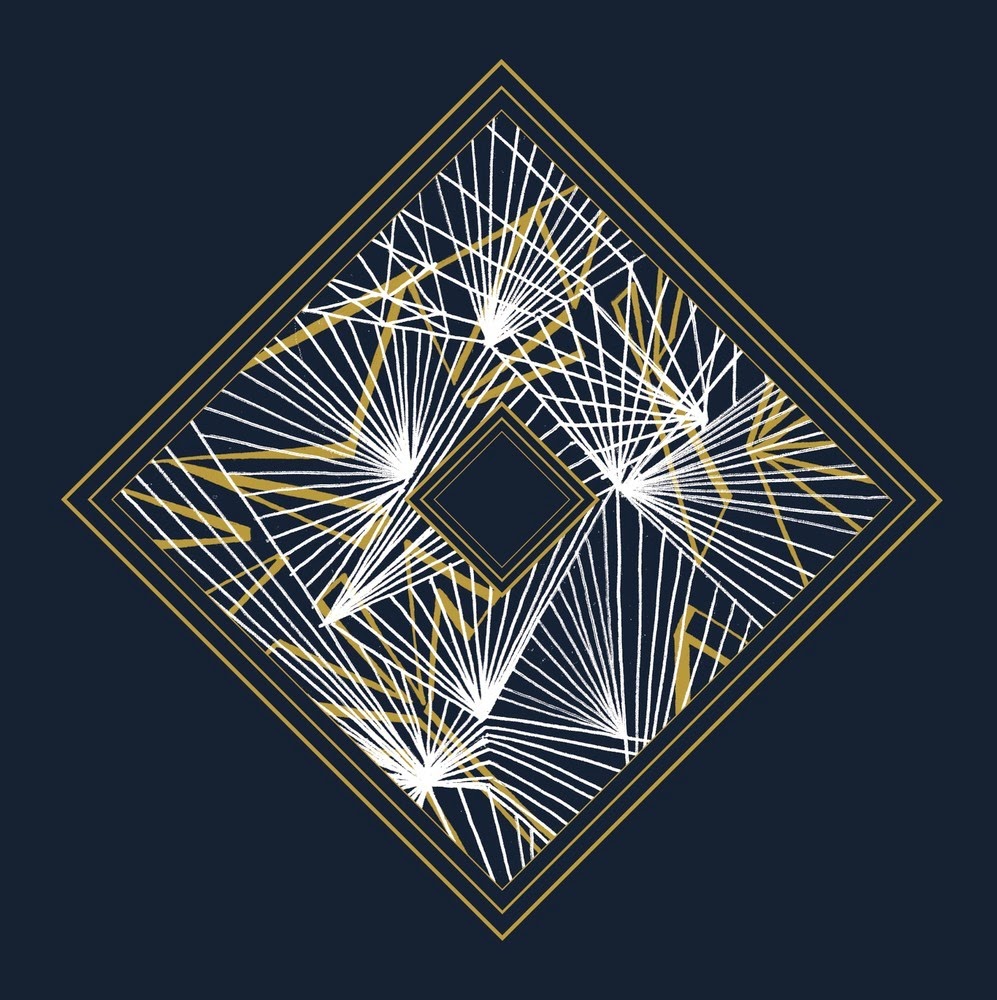 Partnered with Hands in the Dark, Cardinal Fuzz brings forth another great release, this time from London space rockers The Oscillation’s Demian Castellano. Press materials give a bit of background to the record: Castellano’s childhood home bore the name Kyvu (“view of the dog” in local dialect), which grounds the nostalgia of the album to a true touchstone and explains – as nearly as possible – the almost childlike enthrall with sonic exploration Castellano demonstrates throughout. He plays with “forks, knives, bits of paper, [and] volume control,” according to the press material, and experimented with the constraints and possibilities of a 4 Track Tascam Porta 3. Castellano’s playing is hypnotic and nuanced, maintaining a feeling of improvisation and complete control.

This record is the product of its time as well: 1990-1998. Castellano was, as many were at the time, influenced greatly by shoegaze and British psychedelia. Lush layers, dense reverb, and washes of fuzz have their place, but Castellano demonstrates a natural inclination for inclusion too, drawing from world music, folk, and electronic music as well. More than fifteen years since its recording, The Kyvu Tapes has eerily remained contemporary, partially because of its wide range of influences.

Like many tracks, Decaying yearns to embody an atmosphere through the instrumentation; reverb bubbles over and treated guitars sound like the wind through trees and alien whip-poor-wills. The end product is unsettling and brooding, leading directly into the equally grim atmosphere of Time Slip – and later in the album the epic pulsing closer, Gateway. However, it’s not always so desolate; Photon Waterfall and Afterthought – while still mysterious – offer a brighter take on those same late nights of recording that brought about the others. The Lizard Raga (available for streaming now) is hazy and limpid; composed of several repeating motifs and layers of improvisation, the track seems to pour slowly from an otherworldly cistern. Languid drones and ringing notes rise like a city in the desert.

For fans of The Oscillation (or, for that matter, any of Castellano’s other projects), The Kyvu Tapes offers some rich ground for mining the band’s roots; and, for everyone else, there’s plenty to enjoy: the whole record seethes with throbbing drones from the past. If you’re unfamiliar with Castellano’s many projects, The Kyvu Tapes also serves as an immensely enjoyable introduction. The Kyvu Tapes is available from the Cardinal Fuzz website and elsewhere on vinyl or CD.