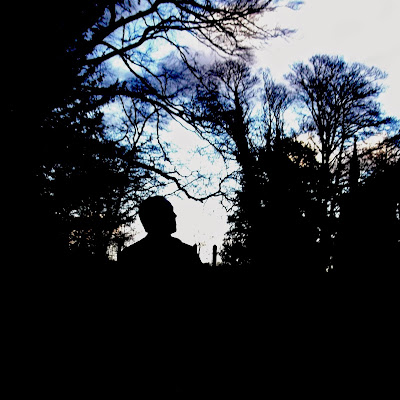 What was the first record you bought?
With my pocket money I remember buying Master of Reality by Black Sabbath when I was about 9. Relics in Leeds had vinyl for 3 quid and I got 3 quid pocket money a week, so it was perfect when building up my Sabbath collection.

What was the last record you bought?
An embarrassing one: Madonna - Rebel Heart on CD ..... (cough cough) But before that I got Anthology 2 by The Beatles on vinyl and Big Huge by The Incredible String Band, so I've redeemed myself there.

What's one thing about you that very few people know?
That I'm a Haemophiliac. It's a blood clotting disorder. The Russian Royals had it and so did Richard Burton so I'm in good, yet dead, company.

If you could record with any one artist who would it be and why?
Hmmm.... Lemme think. I didn't mean Lemmy just then. There's a few ridiculous ones that won't ever happen. I would love Ian Anderson to play on at least one Dodson and Fogg song, and I'd love to record with Chrissie Hynde, Neil Young or Paul McCartney. But then again I've recorded with a few of my very favourite people already like Celia Humphris, Scarlet Rivera, and the sitar player Ricky Romain, so I'm quite happy with the ones so far. There are loads of great musicians out there.

Who should we be listening to right now?
God don't ask me, I'm still getting used to Bob Dylan's 80s albums. I really don't have "hip" music taste at all, as you can guess by the fact I just bought Madonna's new album. I like the really obvious stuff, mostly classic rock and pop; Nirvana, Dylan, Beatles, Neil Young, Incredible String Band, Tom petty, Sabbath, Kinks. I love Incredible String Band and Trees, people like that. Only current artists I like seem to be underground, like Hare and the Moon and Sand Snowman, those types of chaps doing interesting and unusual stuff. But I wouldn't have heard of them if not for this website. (God I sounded like a real brown nose then)

Vinyl, CD, digital or cassette?
Vinyl! Then CD, followed closely by digital and then lagging behind sweating and flapping about the place, cassette. No I quite liked cassettes actually, used to love taping stuff off the radio when I was a kid and doing compilation tapes. Switch cassette and make digital last then. God I hate digital.

Tell us about your latest release.
I just released a Dodson and Fogg album on CDR and download called Warning Signs. I recorded it between Feb and April this year, and it features Ricky again on sitar and couple of other players, some trumpet and sax. It's a bit more rocked up than my last stuff, with more of a fuller sound, but I really enjoyed recording it.

What's next for you, musically?
I'm recording with Sand Snowman himself and we've nearly got an album together and I've been recording with Nigel Planer and his brother, some of Nigel's lyrics and we're setting them to music but that won't be finished for a while. Hoping to collaborate with others on some projects, and release the first Dodson and Fogg album on vinyl, which is looking definitely more possible now, so that's exciting. On top of that I have some books and stories I'm working on, so a pretty busy few months methinketh...

What's for dinner?
I was gonna have crumpets but I've run out of them, so I'll probably just go for the predictable sandwich option... tuna I think.