The Able Tasmans "A Cuppa Tea & A Lie Down" Deluxe Reissue 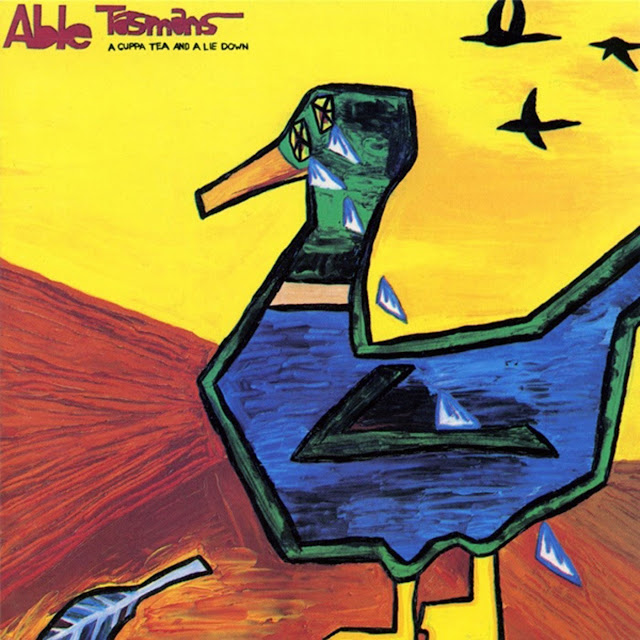 Hot on the heels of their reissue of The Apartments' "The Evening Visits ...And Stays For Years" which knocked my socks off a few weeks back, Captured Tracks have another Antipodean treat for us. In partnership with Flying Nun they're helping the fabulous, rare debut from the Able Tasmans find its way back into the public eye. Originally released on Flying Nun in 1986, "A Cuppa Tea & A Lie Down", like much of the label's output of the era, has quite the cult reputation. But despite its many idiosyncracies, it's one cult item which has the tunes necessary to capture the imagination of a far wider audience.

This isn't immediately obvious however, opting to open the album with a difficult, but intriguing avant garde piano and violin piece which has probably caused more than its fair share of furrowed brows in its time, shows just what an ornery bunch of critters we're contending with. "What Was That Thing" puts things to rights immediately thereafter however; a piece of Flying Nun history, and a track that many view as quintessentially Dunedin - despite the fact that the Able Tasmans actually came from the other end of the country. It's a great track, which would dwarf its peers on most albums, but the rest of "A Cuppa Tea...." stands up remarkably well, even under close scrutiny. Piano and violin are back in action, albeit in a much more melodic fashion, on the lovely baroque pop of "I See Now Where", but it's the jangly anthems like "New Sheriff", and particularly the flawless "Sour Queen" which really impress, and point towards the indie pop perfection of their later albums, while the production has a timeless air that points back to the late sixties, but still sounds strangely contemporary today. It certainly doesn't sound like 1986.

While it's true that better was to come from the Able Tasmans, "A Cuppa Tea & A Lie Down" is still a no-brainer purchase for eighties indie fans in any format. However, this reissue also includes a sizeable bounty of bonus tracks; the complete debut E.P "The Tired Sun" from 1985, a more rough-hewn diamond with less diversity than they'd later be known for but plenty of charm nonetheless, and three tracks from other sources, which are less distinguished, but still intriguingly odd. A very generous package indeed.

And while you're at it, make sure you don't miss out on this new deluxe reissue of one of the very best early Flying Nun releases, Sneaky Feeling's "Send You".  Jangle Heaven awaits you.