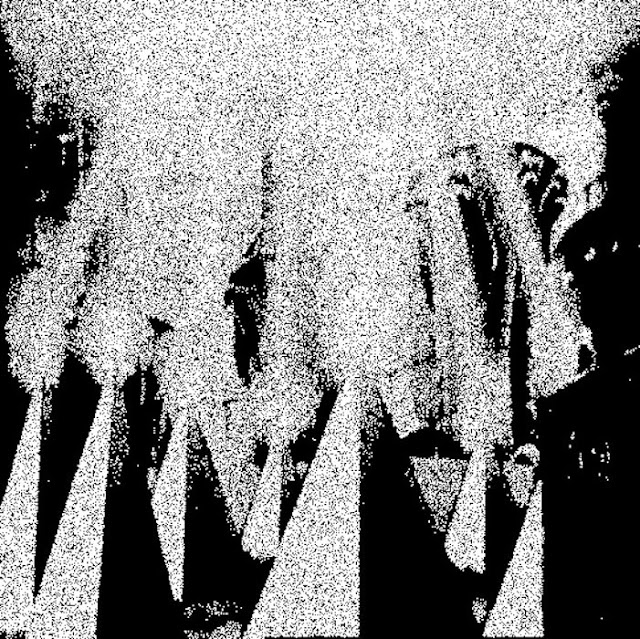 London’s psych rockers Lasers from Atlantis have released their long awaited album this past April, following up, at long last, their 2010 split cassette with Dreamcolour from Bumtapes. So, for fans of their epic B side track, “Psych Bazaar,” the wait is over. With a side of bass heavy synth leads, alien drones, and spacey vocals and a side of more or less straight doom rock, “Lasers from Atlantis” was worth the patience.

Side A is a well executed foray into cosmic Krautrock-inspired landscapes, full of searing synths and alien vocals. There’s an underpinning of prog, which informs the more elaborate flourishes of opening track, “Oscillation Bomb.” “Illuminated Trail” is a highlight: a slow build of ambient guitar and synth interplay that disperses cleanly and tightly over its full eight minutes. If you know the earlier split cassette, these tracks are much more in line with that release.

Then there’s the B side: a whole other animal. “Hopi Lore” leads with a minor arpeggio and warbles around it for nearly three minutes before unleashing what really sounds like a whole other act for a while. It’s instrumental doom at its finest, yet there’s still something lingering from the A side – and not just the synth work. “Protectress” simplifies it a bit – but certainly is a highlight of the second side. Final track, “Slaves,” brings it all together, and we hear those same strange vocals from side A give doom a try. It all works very well – consistent while capably exploring two genres.

Press material names Hawkwind, Neu! and Zombi – among others – for touchstones; and it’s all there, for sure, along with a bit of Sleep and Acid Mothers Temple. So, for listeners – like this one – who can easily switch from Electric Wizard to Cream or Pallbearer to Cluster, Lasers from Atlantis’ cassette is a treat. For those that can appreciate the relationship between the two genres, the cassette offers some interesting crossovers, as one can’t help hearing one in the other.

Released this past April from record label and zine maker Extreme Ultimate, Laser from Atlantis’ S/T release is available on very limited – only 75 in total – black or white cassettes or digitally from the label’s Bandcamp page (below). You can also bundle Issue 2 of their zine with your purchase. Stream / purchase here: