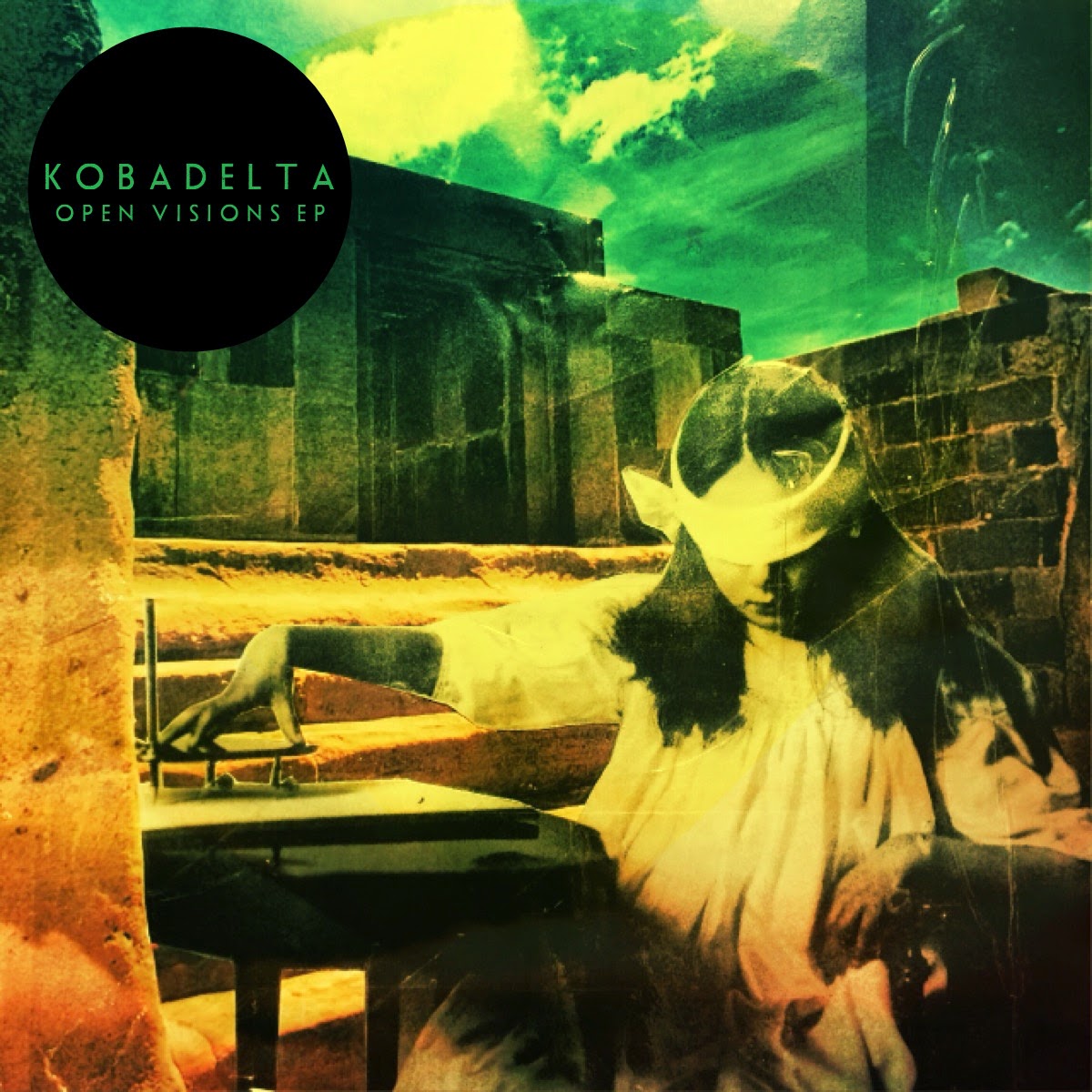 Without ever hearing a note from Newcastle’s Kobadelta, a quick visit to their Bandcamp page reveals an admirable adherence to an aesthetic; each of their releases’ album art – all the way from their first single less than two year ago to the forthcoming Open Visions EP – is carefully designed. And that consistency carries over to their music. It is always heavy, tinged with a bit of doom and edge, while remaining open to experimentation within somewhat traditional song structures.

Conversely, their intended audience is not as precise: their songs may very well appeal to any number of people, those with their fingers on the pulse of underground space rock or the commuting hard rock radio listeners; it’s all a bit more complicated than saying this album is for one group and not another. So, whatever you hear in it – the heavy blues of Black Sabbath, the neo psych of the Black Angels, or the fuzzed rock of Queens of the Stone Age – there’s no denying there’s appeal.

For this listener – and in the context of this blog – Kobadelta has enough sprawling riffs and sonic playfulness to keep anyone happy for a listen. But, against the popular trends of genre compatriots, Kobadelta has refreshingly pushed the vocals to the front, and, though it wouldn’t work for everyone, it works for them. It gives the songs a narrative quality, and singer, Dominic Noble, earns the lifted spot in the mix, channeling a bit of ’80s goth charisma. With a smattering of festival dates since 2014 and openings for some notable acts, Kobadelta has gotten some well deserved traction.

Open Visions really finds its stride with Maskirovka and Watch What You’re Doing, the center pieces of the EP. Maskirovka is a hazy groove with fuzzy chorus and an unnerving chant quality to the recurring lyrics: "You are mine, and I am yours..." Throw in a tight rhythm section, arcing and stretched guitars, and sci-fi sounds, you've got a hit. Similarly, Watch What You’re Doing pounds through a thick riff and feels almost anthemic.

The new EP will be released on the 1st of May with gig at Think Tank in Newcastle with Coquin Migale and Sun Dance. Look for their forthcoming music video as well. Advance orders of the Open Visions EP are available on Kobadelta’s Bandcamp page here.