Death and Vanilla "To Where the Wild Things are…" 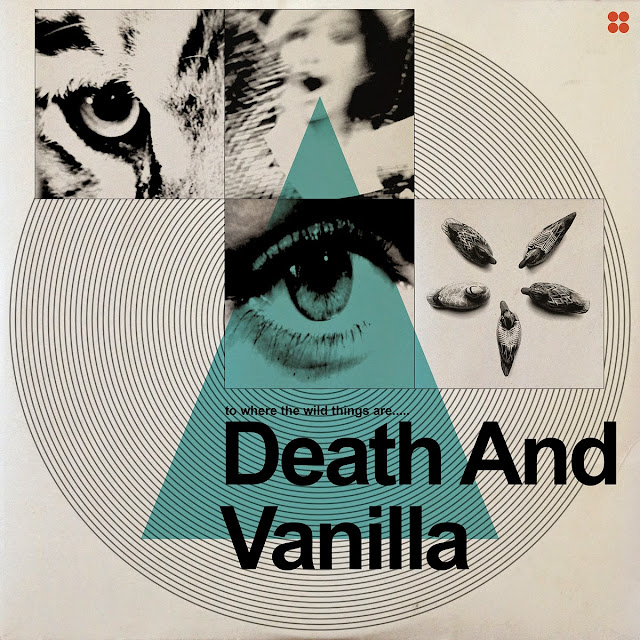 Malmö, Sweden’s Death and Vanilla have made a name for themselves in a certain crowd. For many, they’ve continued the story that was started (or at least popularized) by bands like Broadcast and Stereolab, but, since their first release in 2010, the duo – Marleen Nilsson and Anders Hansson – have achieved something all their own too, combining vintage instrumentation – think Moog synths, zithers, and Mellotrons – with an updated brand of dream and psych pop. And then there’s the library music vibes and hauntological underpinnings.

In most places around the internet, the words ‘haunting’ and ‘mysterious’ appear again and again to describe Death and Vanilla’s sound, and those writers are not unwarranted. Other words might be ‘unsettling’ or ‘eerie.’ In 2013, the band even scored a live semi-improvisational soundtrack to Carl Theodor Dreyers’ 1932 horror classic, “Vampyr.” And they did so very well. But there’s a strange beauty to even the harshest of moments; “To Where the Wild Things are…” balances this dynamic well, keeping listeners wary and lulled, which is part of the appeal. Death and Vanilla is an impressive act; this latest from Fire Records is only the most recent installment of proof.

Eclectic, cinematic, and layered, Death and Vanilla have constructed another ten songs that pull from a large bank of sounds, genres, and time periods – often melding more than one of them. Those fond of dreamy and whimsical psychedelia will find a few tracks with them in mind. Nilsson and Hansson’s voices, in eerie harmony, lilt through the gauze curtains of each song while birds and bells and waves – as well as less bucolic sounds – seep in and out of the tracks. Single, California Owls, which is available for streaming on their Bandcamp page, sets the tone for the remainder of the album. Light percussion and piano – as well as fluttering electronic flourishes – build a lush and dreamy space for listeners, cushioned against formulaic expectations; yet it’s all very listener friendly still. The album proves a fine entry point for new comers and another great release for returning fans’ collections.