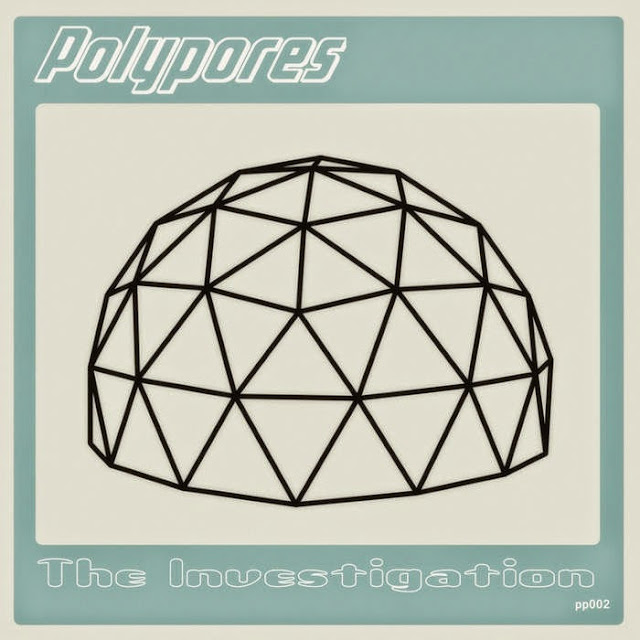 "Polypores makes lo-fi sci-fi soundtracks to films that never existed. Advertising music for strange and curious products. Songs from distant radios." That's right kids, Polypore is another of those Hauntology types that we write about here with increasing frequency. There's a lot of it about, but even if you're nearly reaching critical mass with this sort of stuff, I'd advise you to listen to this with a fresh set of ears, because this is one hell of an album.

Practitioners of this sort of Radiophonic stuff never seem to have any problem getting the mood or the vintage synth tones right, but an alarmingly large number seem to believe that alone should be enough to satisfy us. Not Polypores, AKA Stephen James Buckley though. While Buckley certainly has a mastery over this particular sound (despite using what he himself refers to as "some of the cheapest synthesizers known to man..."), he's also careful to ensure that each of these very carefully composed tracks is built upon memorable melodies, often layered upon each other to create wondrous new counter-melodies that stick in your head, instead of merely building a mood that dissipates as soon as it's finished playing.

It's a well sequenced album too, with lighter material early on, to draw in the listener and form a rapport, before getting more thematic, dark, and downright sinister in the second half. Of the former, "Orientation Film" is delightfully chipper, and reminiscent of the Advisory Circle's early output, while "Rare Fruitbodies" is infectiously odd - IDM for androids to Morris dance to. And while the suite of material that makes up the second side is much more dense, and less immediate, repeated plays reveal this to be the more interesting side of Buckley's character. Syncopated with dusty beats ala Boards of Canada, and a peppering of "Arthur C.Clarke's Mysterious World" samples, Buckley ensures that the brooding quality found here never suffocates the material, leaving room for the listener to nestle into his strangely compelling world.

"The Investigation" is available for a mere £2 from the Polypores Bandcamp page below, and keep an eye on his Facebook page here, for the impending release of a follow-up E.P (later this week I'm told).