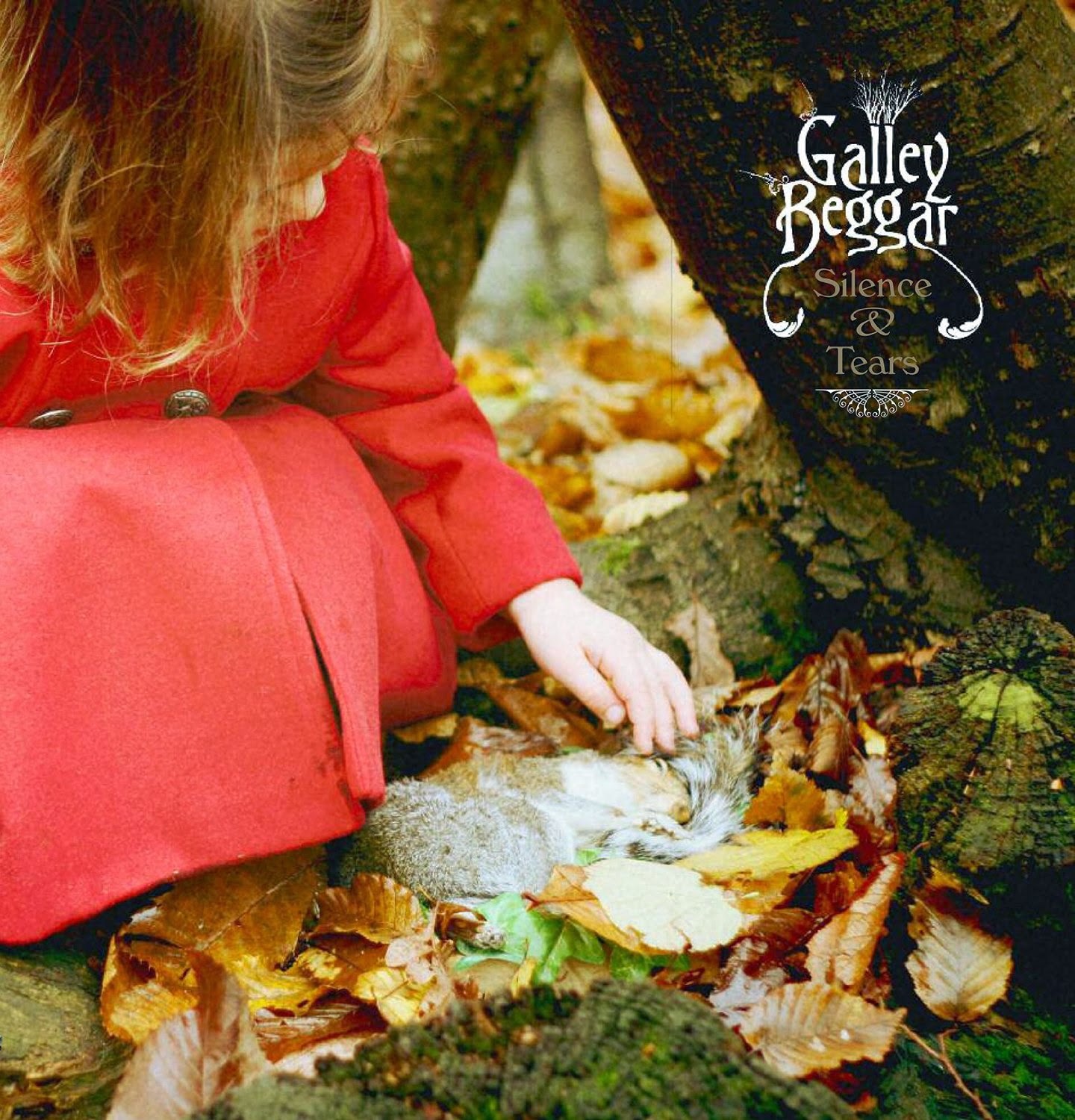 Kent based troubadours Galley Beggar unveil their third long player 'Silence and Tears' and it is something rather special indeed. Unashamedly following the path of classic acid folksters such as Mellow Candle, Mr Fox and Trees, but with their own peculiar and wyrd twist, this release is as accomplished a folk rock album as you will hear, with a few drops of English whimsy and gothic overtones added for good measure. Named after a mischievous spirit in English folklore the band describe their mission as ‘to imagine the next phase of English folk-rock’.

Opener 'Adam And Eve' is a Stone Angel/ Caedmon styled mix of traditional folk with added wah-wah flourishes, Maria O'Donnell's distinctive and bewitching vocals and Celine Marshall's violin adding an earthy and timeless air. This is no simple homage to the folk rock of yesteryear; this is an original and, frankly, stunning album its own right. The nine minute 'Pay My Body Home' recalls Liege and Lief’s 'Reynardine', its ringing and evocative guitar lines weaving in and out of O'Donnell's harmonised vocals. Haunting and epic, it is truly transporting; backwards guitar and vocal crescendos building the tension to thrilling heights that manage to be both dark and celebratory. ‘Empty Sky’s flanged guitar is more contemplative and reminds this listener of the early years of All About Eve, albeit with added oomph. Recorded in analogue at the famous Toe Rag studios (used by The White Stripes and Tame Impala amongst others) the band's sound is crystalline and powerful with a warm vintage feel that perfectly suits their muse. The traditional 'Jack And Orion' is a rousing stomp of a song, violin and phased mandolin adding an otherworldly, psychedelic and spirited layer to the track. 'Geordie' is a sombre, stately and melancholy waltz, the band's version easily a match for Trees classic take on this English ballad. Galley Beggar slip effortlessly from full on psych folk to reflective and ghostly airs with ease, both are clearly in their blood. The album’s title track is a case in point as the dynamics change once more; lone, graceful and medieval sounding guitars are joined by O'Donnell's emotive vocals in an acoustic reverie that is spine chilling in its beauty and intensity. 'Sanctuary Song' is next, an acoustic lullaby whose warm sadness is utterly beguiling. Fans of any of the acid folk bands mentioned above and indeed of more modern folk such as The Owl Service will find much to love here. Closer 'Deliver Him' offers reverbed harmonies that sound like a spectral choir, violin drones leading into a delicate and sacred sounding acoustic shimmer, into the sun reflecting in the heart of the wood. As a finale it contains many of the elements that make this such a stand out album; the bands artistry, song writing and musicianship is clear yet there are no unnecessary frills and ornamentation here; these songs are carefully layered with atmosphere, with both the story being told and the overall mood in mind. The guitar work reminds this listener of Richard Thompson; impressive and yet each note is essential to the song rather than showy.

Galley Beggar may well have just delivered their very own 'Swaddling Songs' or 'Garden Of Jane Delawney'.