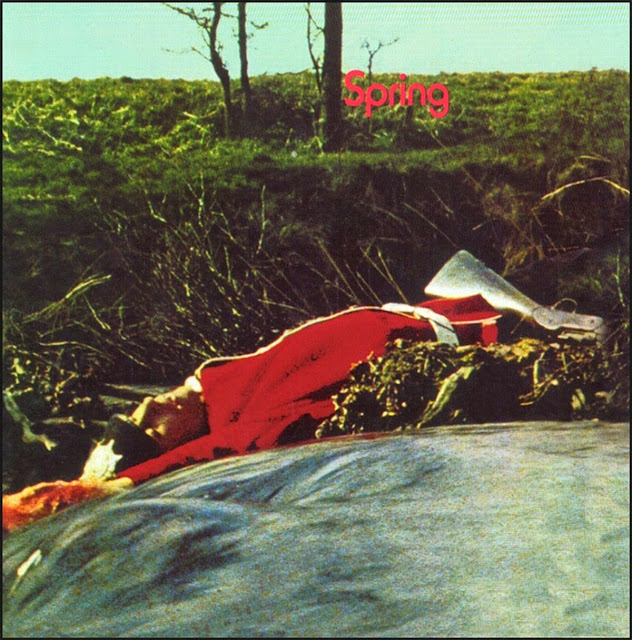 Spring's sole self-titled album from 1970 is one of the holy grails for Mellotron lovers around the world, with original vinyl copies fetching huge sums, due to its poor sales first time round (not to mention it's fragile triple gatefold sleeve, courtesy of Vertigo photographer Keef).

Esoteric's new deluxe reissue is one of the best of its kind, doing an amazing job of radically upgrading several previous CD reissues (Repertoire's probably being the best of these). The original album is pretty highly regarded amongst progressive rock connoisseurs, and with good reason. Produced by Gus Dudgeon (around the same time that he was producing David Bowie and Elton John), "Spring" is the quintessential pastoral prog rock album. With three band members taking turns on the Mellotron (often two at a time, one on each keyboard), the 'tron has a constant presence here, and is used masterfully.

1970 was a good year for prog rock. At this point, technical virtuosity and endless soloing hadn't taken the genre over, and "Spring" is one of the best examples of this early, song-based prog approach, and it'll be a revelation to those only familiar with the more show-boating style that was to come. There's an excellent balance struck between memorable vocal hooks and choruses, with Pat Moran's vocals exhibiting a more soulful approach than you'd perhaps expect, and explorative instrumental passages. Special mention to the inventive rhythm section, who keep these mostly relaxed, down-tempo numbers from getting bogged down - future Dire Straits drummer Pick Withers is particularly great here. Guitarist Ray Martinez is no slouch either, although he's always careful to remain in service of the song. Even when stretching out on an absolutely lovely guitar solo during the second half of "Gazing" (see YouTube link below) there's not a rushed note.

Esoteric's remastering job here is as good as we've come to expect, but as good as the remastering on the album is, the thing that really makes this the version of this classic to own- and one to add to the collection for those that own the original LP too - is the 12 track bonus disc. Made up of tracks intended for a follow up album, only three of these tracks have been officially released before (on previous reissues), with the rest previously only circulating in bootleg quality. Cleaned up and carefully sequenced, this second disc makes an extremely worthy addition, with the band's sound evolving significantly. The most obvious change is the stripping back of Mellotron usage, with keyboardist Kipps Brown favouring the Hammond organ instead, creating a leaner, heavier sound that works wonders, and meshes very well with some much more aggressive guitar work. There's also a greater emphasis on vocal harmonies, with acoustic based tracks like "Blackbird (Helping the Helpless)" mining CSNY / America territory surprisingly deftly.

A great collection then, that is unlikely to be surpassed, and one that even the smallest, most exclusive prog-rock collection needs to make room for.