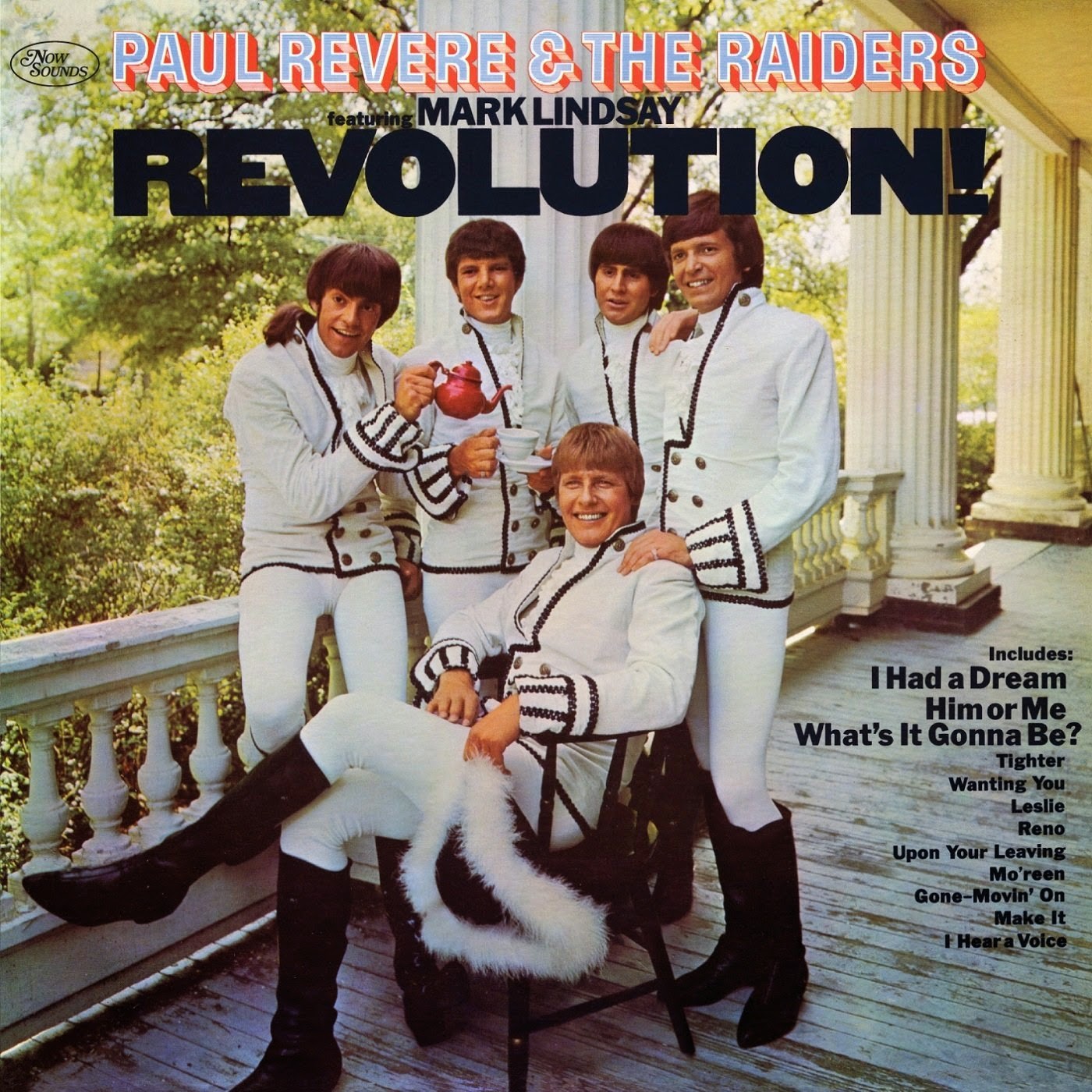 Well known for their daft costumes and awful album covers (see above), both of which seem to leave a bad taste in the mouth of prospective next-generation listeners, Paul Revere & the Raiders were also responsible for a particularly strong run of albums. “Midnight Ride” and “The Spirit of ‘67” had excelled in a gritty Nuggets meets Stones style, at odds with their cutesy image, but “Revolution” was a step in a different, more ambitious direction.

With vocalist Mark Lindsay and producer Terry Melcher (The Byrds etc.) masterminding, the rest of the band either left, or weren’t asked to take part in the studio recordings. Instead, a star-studded line-up including Ry Cooder, Taj Mahal, Jerry Cole, Jim Keltner, Hal Blaine, Chris Ethridge, Glen Campbell, James Burton and Jim Gordon (among others) were enlisted to fulfil Lindsay and Melcher’s increasingly ambitious vision.

Those accustomed to “Kicks” and the bands other Nuggety gems may take a little while to warm to this, but once acclimatised to, “Revolution” reveals itself to be a much more diverse outing than previously hinted at, with just as many big memorable choruses. Opener “Him or Me – What’s It Gonna Be?” is a clamouring beast, with four drummers, ‘thin, wild mercury sound’ guitars courtesy of Jerry Cole and an infectious, sugar-coated chorus which makes it apparent that their earlier garage rock roots have been dug up and discarded. Which is not to say that there aren’t plenty of fuzz guitars (“Make It With Me”, “Mo’reen”), and raucous vocal tracks; but there’s an added level of sophistication. The pedigree of the players helps, naturally, but Melcher and Lindsay’s deft, often psychedelic production touches are out of sight here.

And who would have thought that they’d hear a track like “I Hear a Voice” on a Raiders album? A funereal, psychedelic, choral masterpiece, its delicacy of touch and outstanding layered, echo-chamber vocals are truly desert island disc material.

Now Sounds’ new deluxe Mono edition presents the album in its elaborate, original mono mix – the mix which Lindsay and Melcher spent a considerable amount of time on, instead of the cursory stereo mixes (which is also included). There’s also an excellent outtake from the sessions (“Try Some of Mine”), and both sides of the excellent pre-“Revolution” single “Ups and Downs” / “Legend of Paul Revere” to make this the definitive, bargain priced CD edition of this overlooked classic.