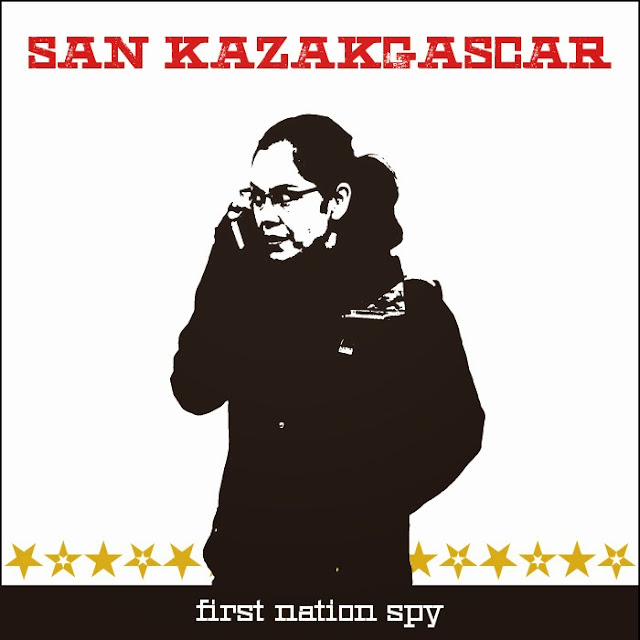 Californian psychedelicists San Kazakgaskar have taken an exciting new approach on their latest 7". In a move that promises to be a game changer for them, they've relegated vocals to a supporting role where, as wordless chants, the human voice's hierarchical precedence is stripped back to that of any other instrument, rather than its more traditional, central role as storyteller. This has provided the band with the freedom to move beyond conventional verse/chorus/verse song structures, into much more interesting territories.

Middle Eastern scales are plundered for fresh melodic potential, which in itself, isn't unusual for the genre. But rather than rely on Jed Brewer's guitar work exclusively to communicate their exotic leanings, San Kazakgaskar have an ace up their sleeve in the form of Mike Woo, whose clarinet is often given centre stage here, proving a natural fit for these sinuous melodies. Add some drones and you've got yourself a pretty appealing package.

A-side "First Nation Spy" is an infectious spin on the tried and true spy music theme, given a groovy makeover with a spicy melodic twist. Nice and concise. The flip, "Last Man Standing", is more of a slow burner, but equally appealing, building to a furious tribal crescendo that'll have your hair standing on end.

Very fresh, and very, very nice. Let's see a whole album building on this next please!