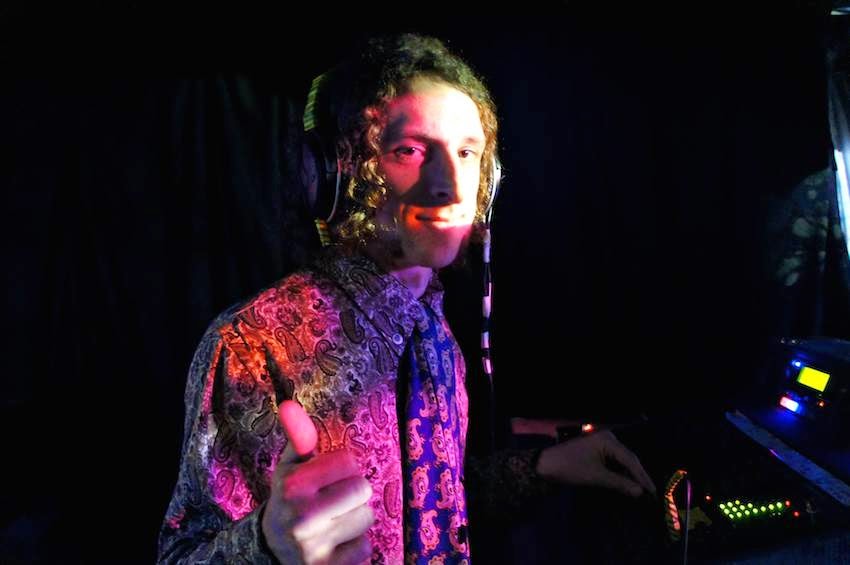 What was the first record you bought?
The first LP I bought was Mr. Tambourine Man by The Byrds from a second hand record shop in Southend. Still dig that fish-eye cover photo.

What's one thing about you that very few people know?
Not long after I first moved to Hove I got a summer job in a local supermarket; on two separate occasions I served Nick Cave a Sunday paper and fags and we made polite chat about the weather, it was quite surreal.

If you could record with any one artist who would it be and why?
Growing up in the suburbs in Southend I used to listen to a lot of albums on Thrill Jockey label by artists like Sea and Cake, Jeff Parker, Tortoise et al, the albums were credited ‘recorded at Soma Electronic Studios by John McEntire’. It’d be amazing to do a Junkboy album with John at the controls in Soma.

Who should we be listening to right now?
There’s a lot of great stuff out there… I’d recommend singer/songwriter Jessica Pratt’s new album On Your Own Love Again. I’ve read a couple of mixed reviews recently but I think it’s a great album- beautiful melodies, vocal harmonies and chord progressions throughout.

Vinyl, CD or digital?
Vinyl has the best sound for me, especially if you listen on a decent hi fi set up, not that I’m an audiophile! As someone who grew up pre-internet I guess I still prefer the physical format; I like the tangibility of artwork to look at and notes to read etc. But I love being able to take my music collection out with me. I hope there is still a market that caters for both digital and physical formats in the future.

Tell us about your latest release.
My brother and I made an album called Sovereign Sky, which came out in December 2014 on Enraptured Records. It’s our most song-based album yet; I would describe the sound as pastoral, psychedelic folk with elements of baroque pop. Fans of Mark Eric, The Left Banke, Eric Matthews, Bert Jansch and music from the Laurel Canyon should hopefully dig it!

What's next for you, musically?
My bro and I are promoting the new Junkboy album this year and playing some gigs, we’ll hopefully get round to writing some new tunes later in the year. I’m drumming for a friend’s band; a glam rock outfit called Prissy Lips. A few friends and I also put on a psychedelic club night called Eight Miles High. It’s on bi-monthly at the Komedia in Brighton and we spin psych tunes old and new plus there are awesome oil wheel projections courtesy of Innerstirngs Psychedelic Lightshow - outtasight!