NM and the No Man Band "The Stone Tape" 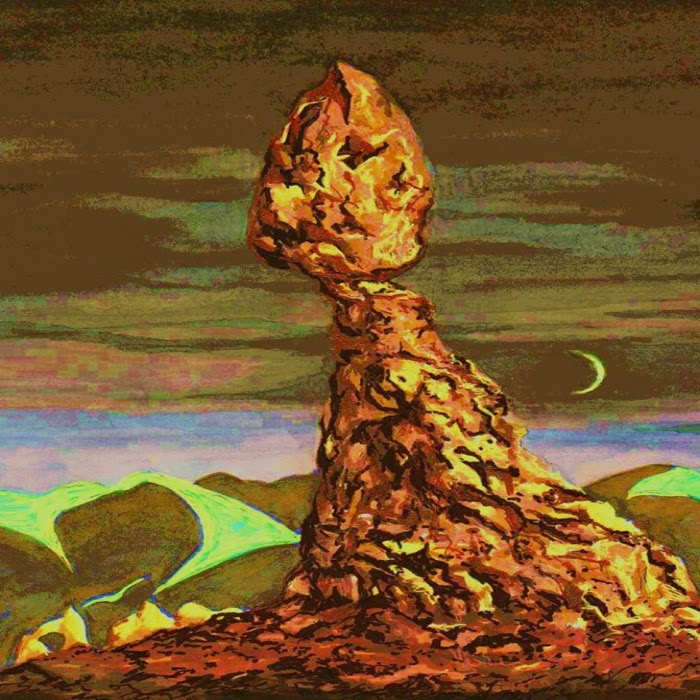 "The Stone Tape" is an old favourite of mine, one of the very best made for TV horror tales of the seventies, with that particularly English sense of slow, deliberate dread conjured perfectly. So, when I stumbled upon this new E.P of the same title from N.M and the No Man Band on Bandcamp, my interest was well and truly piqued.

N.M is one Nick Morfitt, an analog recording junkie with, it would seem, impeccable tastes, and a singular sound which conjures a spooky vibe that shares a kinship with only a very select few.

"The Stone Tape" is (suitably enough) a grainy, lofi affair, with a mysterious, sinister quality. Imagine a cross between Comus, and Sixteen Horsepower at their most arcane and you're getting close. To use a more tried and true descriptor, there's a bit of a "Wicker Man" sort of vibe to proceedings, albeit laced with heavy doses of psychedelic drone that help enforce the creeping sense of unease.

Taking lessons learned from the first generation of freak folk outsiders, and adding layers of lo-fi radiophonic synthesizers, and washes of disorientating psychedelia is itself a winning enough formula to make this a must listen, but Morfitt's songs are unusually strong for an artist with such a deliberately curated sound. Opener "Pineline" is probably the strongest, but the entire first side (or equivalent thereof) is surprisingly carefully composed, with memorable hooks that are slightly off centre, but easy to digest. Which just leaves "Backwoods Narcolepsy", a twenty minute epic which dissolves into an unsettling fever dream of unpredictable, foggy drones.

Pretty exceptional, and available here as a free/name your own price download, or cassette.