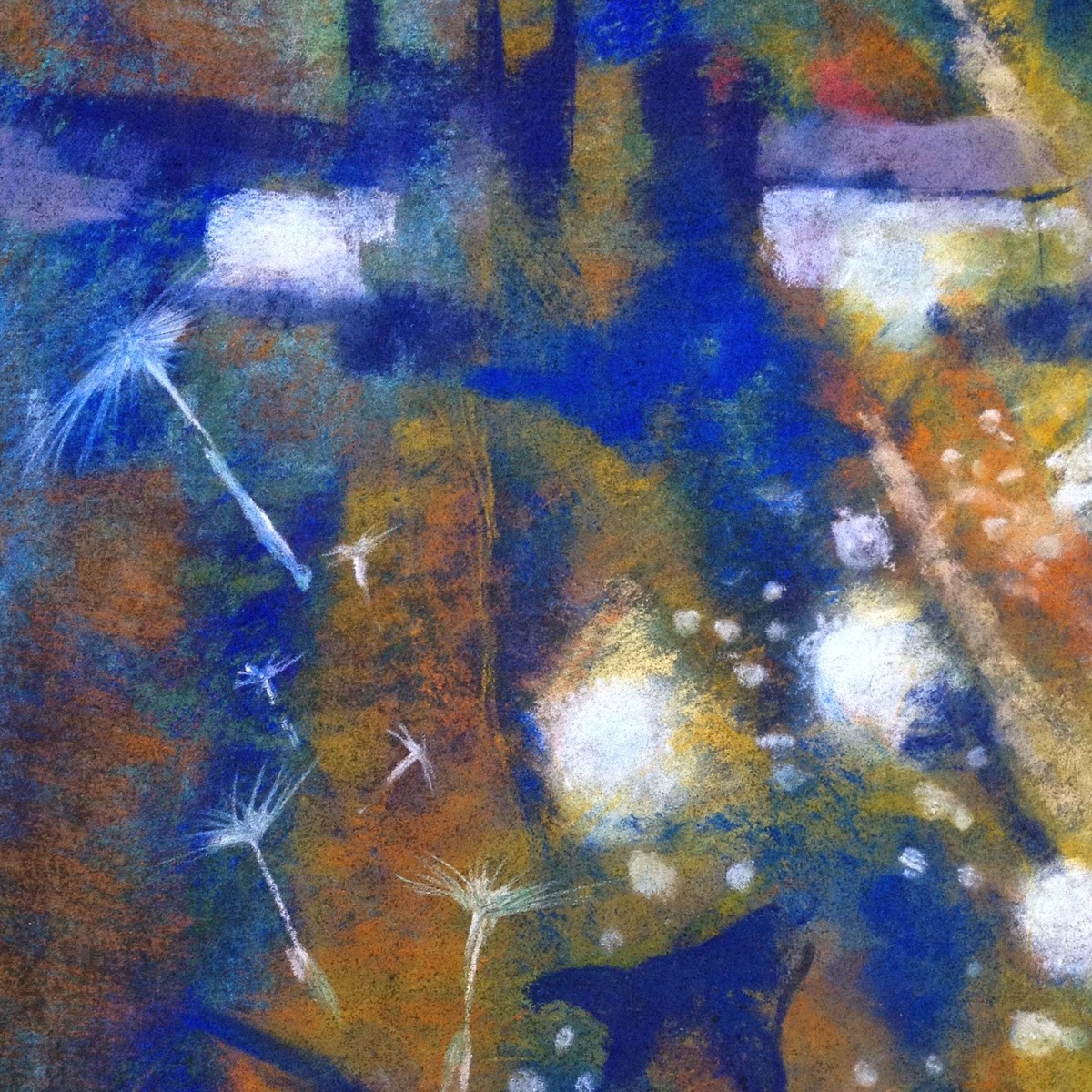 Alula Down are Kate Gathercole and Mark Waters, also known for their work in splendid rural acid wyrsters Sproatly Smith and folk brut band Heed The Thunder, whose last album 'Cokaigne' was a favourite of this particular listener and comes highly recommended. Alula Down are certainly no side project however but an entity of their own as evidenced by the sheer creativity and ambition on display here, a release that encompasses both their 'Sagging Pockets, Labelled Jars, Old Tobacco Tins' mini album and the full length 'Flotsam'. There is a magic here that belongs entirely to Alula Down themselves, a late night reverie of candlelit folk and melancholy cabaret that is both entrancing and unnerving.

'Endless Night' begins the album, a twisted cabaret the likes of The Tiger Lilies or Mikelangelo and The Black Sea Gentleman would be proud of. Male and female vocals harmonize over some sinister accordion oompah in a dark Brel like tale of intrigue and dread. 'Thumbprint', with its hazy slide guitar, chimes and rural Wicker Man vibe then takes the album in a further direction, Gathercole’s vocals evoking Giovanni's classic score to said film. Ending with the echoed sounds of a music box, it is both shiver inducing and utterly bewitching. Indeed, the sleeve notes also mention a mysterious lycanthrope oboe being used on this track adding a further air of mystery and gentle menace. ‘Buster' returns to the cabaret feel; double bass, melodica and a sense of chanson (albeit a very rustic, English chanson) taking us down a strange (but very welcome) rabbit hole indeed. 'Interstate's tentative acoustic guitars and disorientating sound effects intertwine to create some genuinely moving and classic acid folk; this would not be amiss on a Stone Angel or Forest album; it is that timeless and, frankly, superb. 'Flowers' hears Waters take the lead vocal over a backdrop of banjo and shrutti box in an elegant paean which ups the psychedelic ante. 'I Suppose' is trippier yet still with banjo, slide guitar and Kate Gathercole’s vocals both swirling and enchanting; the song itself suggest intoxication and the listener is left dreamily and deliriously woozy by the end of it.

'Bushes and Briars' begins the 'Flotsam' element of this release with a shimmering drone and Gathercole’s beautifully melancholy vocals recounting this traditional piece to great effect. If you hear but one song from this album let this be it; at once unique and also strangely familiar, there is a sense of custom, tradition and something very old and intrinsic at work here. 'Singled Out' brings both singers together again in a late night stagger along some rain sodden cobblestones; a weary and tear stained lament. 'Mothwing' is an acid drenched folk masterpiece containing chimes, slightly sinister acoustic guitar picking, white witch vocals and an aura of late night pagan ceremony, all working together to cast an alluring spell. Next, the splendidly named 'Spinning Fish' is an Eastern European flecked banjo and xylophone mini symphony whilst 'Droves' brings piano and double bass together with a hint of menace and tension to create a folk song both hushed yet also containing a quiet power. ‘Southampton Song’s bleak piano refrain underlines a general air of sadness that evokes Nick Drakes' Bryter Layter, evidencing a sophisticated and masterful grasp of the autumnal melancholic beauty that Alula Down share with Drake's masterpieces. 'Complacency', with Water's affecting vocals (which come with a hue of Robert Wyatt) adds to the generally wistful atmosphere, deft and subtle touches of electric guitar adding an extra dynamic to the song. The traditional 'Banks Of Green Willow' is truly spine chilling with Gathercole’s vocals crystalline and clear as she recounts the tragedy over accordion drone and spare bass notes. You will struggle to find a performance as fine as this in contemporary folk; this is the real deal, a haunting and spectral reading of this tale of murder and betrayal. Finally, 'Thirteen Steps' closes the album with a delicate and layered composition that shifts from warm, hushed folk to Syd Barrett-esque sinister sharp notes with creeping ease. There is a tangible black heart beating at the centre of Alula Down that, whilst cloaked and clothed in all manner of beauty and intricacy, pleasingly comes to the fore on frequent occasions.

This is certainly an album that Sproatly Smith and Heed The Thunder fans will want to own but it is also a spellbinding and hugely enjoyable work in its own right and offers something both similar and yet different from those acts. If you don't get hold of this you are simply losing out on one of the finest folk albums of recent years; Alula Down have quietly and assuredly created a future classic.

Available now on the ever dependable Reverb Worship label in limited copies (make haste!) with beautiful artwork by the band's Kate Gathercole (click lijnk and scroll down).

You can also stream these tracks or purchase digitally through Alula Down's Bandcamp page: