Swervedriver "I Wasn’t Born to Lose You" 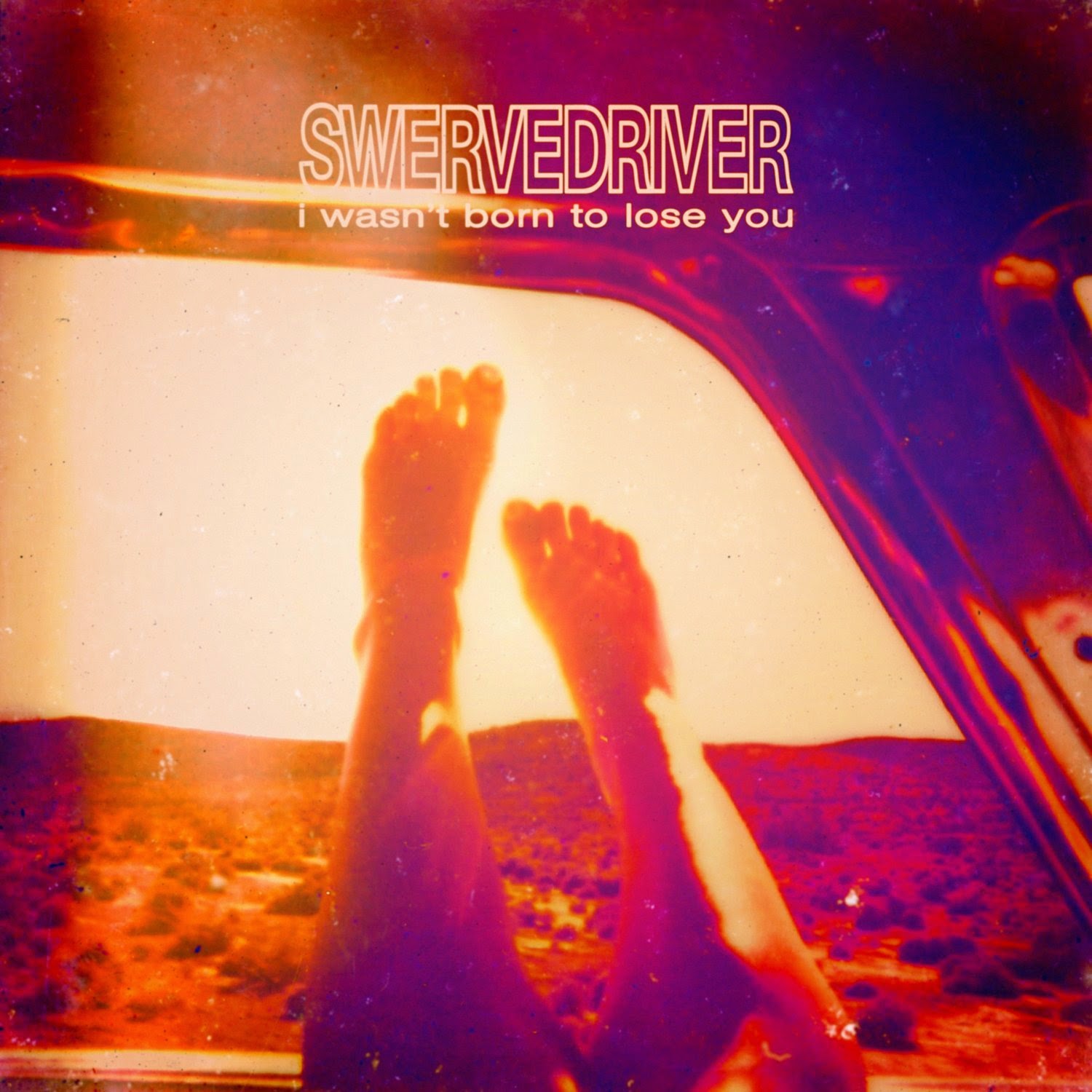 Any longtime Swervedriver fan is bound to compare this brand new record with the English band’s back catalogue. Witness “Sci-Fi Flyer” or “Son of Mustang Ford” and compare that to the smoothed out tunes on this new release, “I Wasn’t Born to Lose You.” But make no mistake, this is still a very important band in the shoegaze/psych realm. Adam Franklin’s angular guitar playing and pleasant voice are much as they’ve always been. The tones are warm and mellifluous, and the production is tight. And the band’s great love for Television has never been more obvious. They not only covered “Days” on the B-side to “Setting Sun”, but the A-side is an obvious tribute to Television where the influence is clear! Adam Franklin and Jimmy Hartridge trade licks much as Richard Lloyd and Tom Verlaine did in Television, one swooping in and another dropping back so seamlessly that it’s hard to discern who is playing what. That is the result of all the years of touring together, and makes the 18 years between albums (the last was 1998’s "99th Dream") seem like only a few years.

Opener “Autodidact” slays me with its killer melody and beautiful guitar work. Riffs thunder down on listener’s heads, only to end in shimmering notes shot through by the sun. “Last Rites” has some muscular runs tempered by its swooning melody. “For a Day Like Tomorrow” starts off somewhat flat but its instrumental interludes save the song from tedium. Particularly toward the end, Franklin pulls off some tasty licks. “Everso” launches out of the gate quietly brooding, but once again, the guitar work this band is known for adds a sonic filigree to this tune. “English Subtitles” is classic Swervedriver, and yet has a gentle heart beating at its core. “Red Queen Arms Race” is all about psychedelia, with wah-wah pedal and reverb drenched vocals. Album closer “I Wonder?” is a fitting end to what should be a satisfying listen for most Swervedriver fans.

I personally never grow tired of glorious guitar work coupled with pretty melodies and harmonies, effortlessly played by a band that are in total sync with one another. To this fan, it’s like coming home.