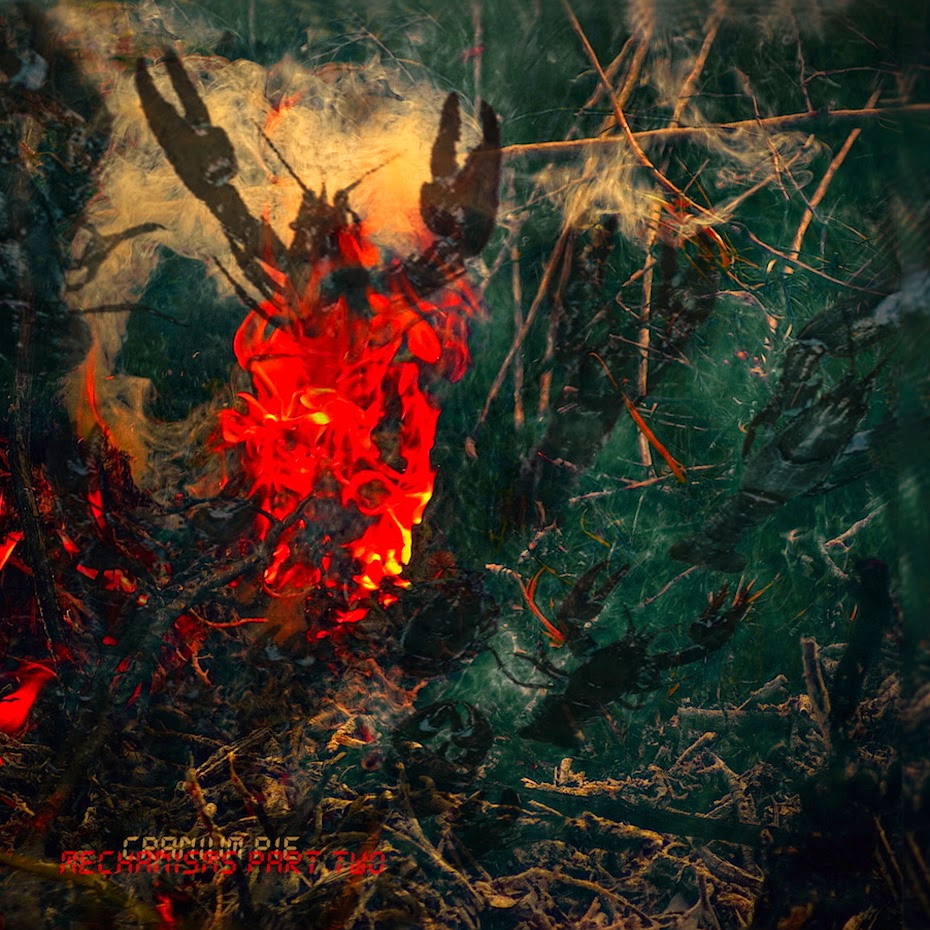 I can't escape the impression that anytime I'm listening to a Cranium Pie release I've gone slightly out of sync. This UK based progressive rock outfit are unusually adept at shifting perception, and coupling this with their overflowing barrel of ideas creates a singular listening experience.

The music on "Mechanisms Part 2" is often wildly experimental, giving the impression of something that's escaped from a secret government research facility. Anything else would be far too ordinary a catalyst for music this adventurous and odd. Which may make it sound like this would potentially be hard work to listen to, and it probably should be, but the band's restlessness and way with a tune ensure that it never actually is.

The preview CD that I received to review sees the double LP split into four, unnamed, side length tracks, and in that form "Mechanisms Part 2" is very successful; four suites of fragmentary fever dreams, hopping wildly from one idea to the next in an entertainingly unpredictable fashion. (Although I see that the band have chosen to split the tracks up into their constituent parts for digital release).

There's obviously a great love for the music of the very early progressive rock era evident here, but rather than try to create an album that sounds like it's from that time, Cranium Pie have elected to use the philosophy of the music of that era to create a new progressive statement that sounds surprisingly fresh, even as it brings to mind the likes of Soft Machine, Caravan, King Crimson and Matching Mole. The drums swing nicely, helping to enhance the free flowing nature of the band's music, and allowing the rest of the band to delve into areas derived from psychedelia, folk, jazz and beyond.

More often than not instrumental, the band's surfeit of ideas ensure that there is never a dull moment, and that no passages outstay their welcome - quite the opposite! Most bands would be content to stretch the ideas contained on any one of these sides over the length of a full album, but Cranium Pie seem to have worked out that the music of the early progressive era was so exciting because of its unpredictable and quickly evolving song structures. Adopting that same approach has paid serious dividends here.

Prog fans will be in Heaven, naturally, but those normally suspicious of the genre will find plenty of spacey lashings of psychedelia to keep them amused too.

Fruits de Mer are releasing the limited edition vinyl (which you can pre-order here), while the digital can be purchased / streamed through the link below. Released March 30.