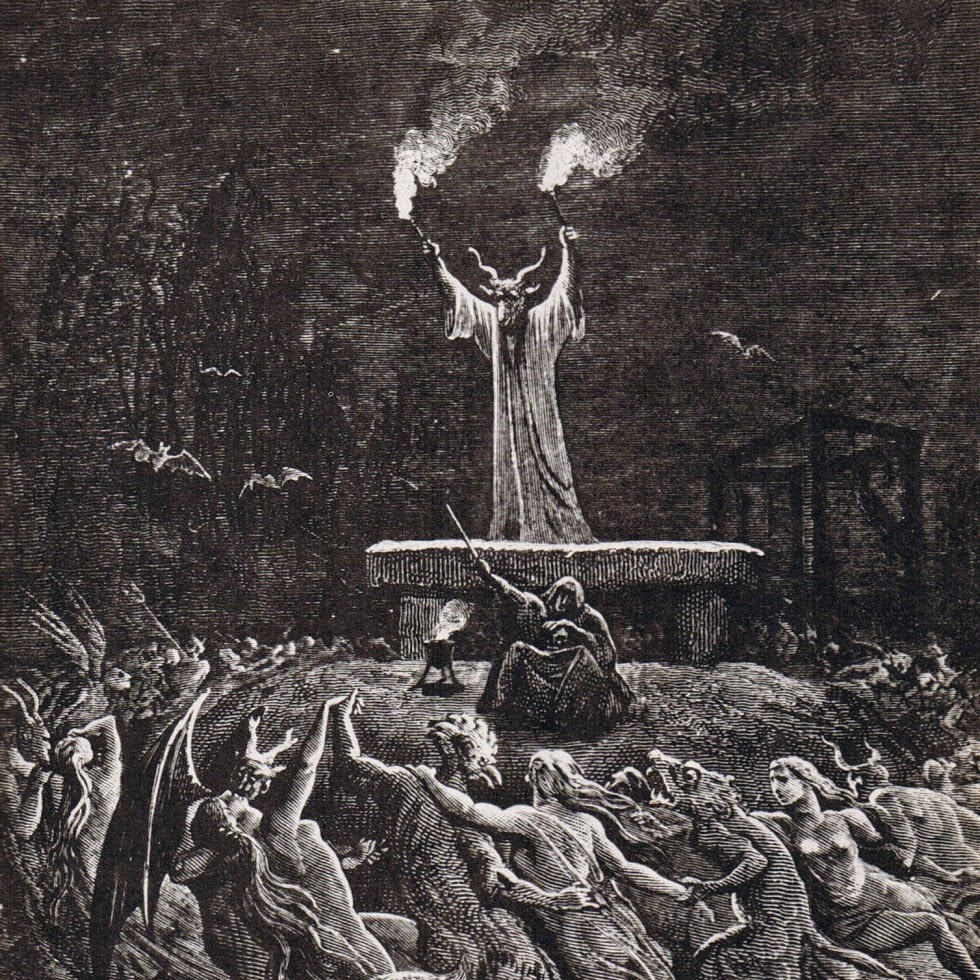 "Three Inverted Nines" is not a new release as such, but has been freshly reissued along with a selection of other items from the Owl Service. These prolific spook folkers have recently unveiled a subscription service (which you can read more about here), but are also making titles available individually, in excruciatingly limited CD-R (20 copies of this one), and digital formats.

"Three Inverted Nines" was originally released for Halloween last year, and consists of reinventions of Danzig tunes in the Owl Service's typical, revisionist folk-rock style - think "Liege & Lief" crossed with "Children of the Stones", to get your bearings, although this is notably more sparse than the Owl Service's normal fare. These skeletal arrangements up the creep factor exponentially, with plenty of dark spaces for sinister presences to hide.

While the novelty of the idea may seem in danger of outweighing the results, this is very carefully judged and tastefully executed, with Danzig's melodrama given understated readings which re-channel aggression into a sinister disquiet.

"Diabolos '88" is an ominous opener - a sinister, half speed May Day procession with full on synth choirs that suggest a Lucio Fulci scored "Wicker Man". Elsewhere, the voices of Fiona Radford, Diana Collier, Nancy Wallace and Mr Owl Service himself, Steven Collins, are used to desolate effect, none more so than on the ghostly, circular outro of "Come Back", where Nancy Wallace's voice truly sounds like it's projecting through the veil.

A great starting point for the Owl Service neophyte, and one which will make you want to delve much deeper.