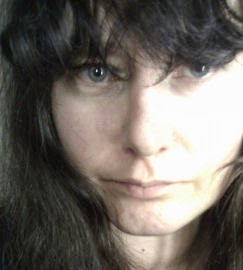 What was the first record you bought?
Half Man Half Biscuit - The Trumpton Riots.

What was the last record you bought?
7shades - Seven Shades (of Shit).

If you could record with any one artist who would it be and why?
Just choosing only one is very difficult. At this moment then, Ray Davies. That ought to be self explanatory.

Tell us about your latest release.
Autumn Eye - an album of autumn things. There's all kinds of stuff inside it - storms and shadows, marshes and mountains, leaves and creatures, frost and dust, golden sunlight and cold moonlight...you know, that sort of stuff.

What's next for you, musically?
Lots of things with Angeline Morrison (together we are (imaginatively) titled Emily and Angeline), including an album and festival gigs. A sequel to The Book of the Lost, with The Rowan Amber Mill. An EP collaboration with Kemper Norton. Another solo album later this year (hopefully to be released on Ignatia Recordings).