Nine Questions with the Owl Service 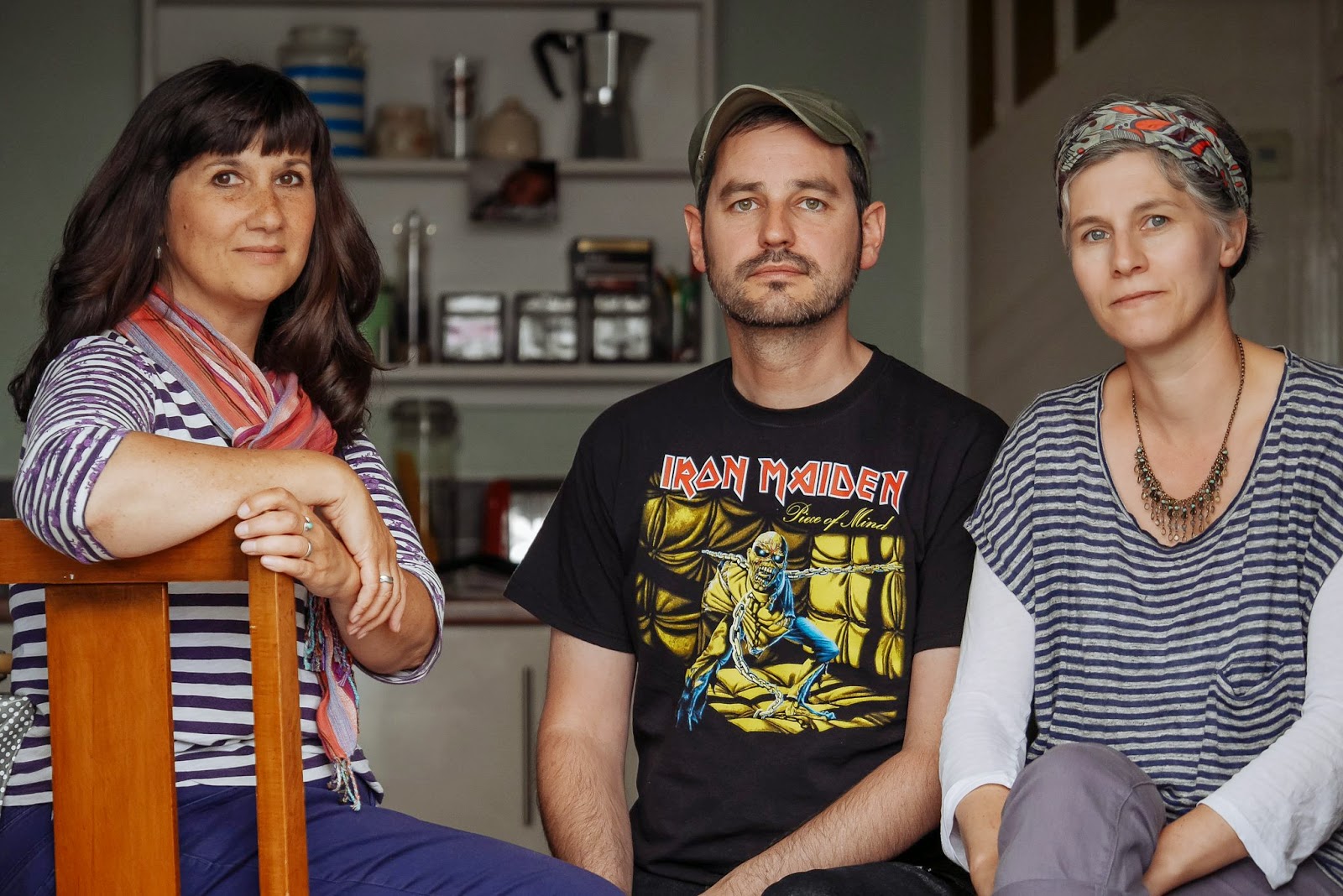 What was the first record you bought?
That was the album 'Kings of the Wild Frontier' by Adam & the Ants, back in late 1980 or early '81. For those who don't remember, they were a UK post-punk band who had a string of hit singles in the early 1980s. They had a really striking image and made cool videos which had a huge impact on me as an 8 year old. That said, I don't think I was influenced in any way by Adam & the Ants, although I recently re-visited their 3 albums and they still sound great and really distinctive. Less than a year after buying 'KOTWF' I heard 'New Life' by Depeche Mode and everything changed. That was the first record I bought that had a profound influence on me, and actually set me off on the path to where I am today.

What was the last record you bought?
I actually bought 3 records together; the soundtrack to the '80s horror film 'Re-Animator' by Richard Band, 'Circuitous' by Afrikan Sciences, and 'Margin Walker' by Fugazi. I'm really into '70s and '80s horror scores right now - I probably spend more time listening to them than I do any new music. 'Re-Animator' is very good indeed, because it steals from one of the best, owing a huge debt to Bernard Herrmann's 'Psycho' score. Afrikan Sciences is the work of US producer Eric Douglas Porter - its roots are in hip-hop, jazz and house, but rhythmically its quite experimental and pretty unique sounding. It's on the PAN label who have been releasing great music for a while now. And 'Margin Walker' because I realised it was the only Fugazi record I didn't have on vinyl.

What's one thing about you that very few people know?
Despite being a big cheese lover, I only tried Brie and Camembert for the first time last year.

If you could record with any one artist who would it be and why?
I'd actually choose an engineer; Don Zientara, Steve Albini or Bob Weston. Despite making folk music myself, I have very little time for contemporary folk music, largely because the sound of almost all modern folk albums is completely soulless and lifeless. Modern folk music has become too middle-of-the road and safe for my taste, and as a genre I find it really un-interesting on a sonic level. The raw, in-your-face sound of people like Zientara/Albini/Weston is, to my mind, exactly the right kind of sound for a folk record at this time. Obviously we'd love to actually go and make our new album at Electrical Audio in Chicago, but instead we'll be doing it all at my house as usual!

Who should we be listening to right now?
I can't think of anything *really* exciting that I've heard recently. The Viet Cong record is pretty good, and so far this year I've enjoyed the new releases by Sleater-Kinney, Moon Duo, Sam Prekop and John Carpenter. Apart from that, anything on Opal Tapes, PAN or Bed of Nails.

Vinyl, CD, digital or cassette?
Vinyl for serious listening, digital for convenience. I love my iPod - 30 years ago, if someone had shown me a device the size of a fag packet that could hold my entire record collection it would have completely blown my mind, and now it's a reality. I can remember going on long journeys when I was a teenager, weighed down by a Walkman, a bag of cassettes and a stack of spare batteries. Digital music is a truly fantastic innovation. The CD has become a bit worthless in my world. I'll buy them if it's the only available format, but I tend to just rip them and then immediately sell them or give them away. Vinyl with download codes is the way to go. I simply cannot understand the resurgence of the cassette - it was always an inferior sound carrier and it continues to be so. Totally pointless in this day and age.

Tell us about your latest release.
'Three Inverted Nines' is an EP we recorded for Halloween 2014. It was a limited edition release available for 1 week only, but we're now giving it a second pressing for those who missed out first time around. It contains covers of 4 songs written by Glenn Danzig which he originally performed with his bands Misfits, Samhain and Danzig. Obviously the songs fit the Halloween theme perfectly, but they're such great songs and they deserve to be heard by people who wouldn't normally buy a Danzig album. I'm a huge Glenn Danzig fan and this isn't the first time we've covered his songs. We actually played live as The Fiends a couple of times, performing only Misfits covers. The first time we did it was Halloween 2009 and that remains one of my favourite gigs I've ever played. Incidentally, the title of the EP comes from the lyrics of the Misfits song 'American Nightmare'.

What's next for you, musically?
Next up is the new full-length record from The Owl Service; it's called 'His Pride. No Spear. No Friend' and it's set for a summer 2015 release. At the start of 2012 I put The Owl Service on an indefinite hiatus, purely because I didn't know where to take the project next. I didn't want to make another record just for the sake of it, and felt that I needed some space to get ideas together. I actually started thinking about a new Owls album in late 2013 and was gearing up to start recording at that time, but it was delayed for various reasons and that's turned out to be a good thing. Having had a year-long thought process before recording a single note, we now know exactly where we're going with it. Thinking about it, we've actually come full-circle. When I first started planning a new record all I knew was that I wanted it to be stripped down, stark and simple. Far less 'produced-sounding' than 'The View From a Hill'. But then I went through a big kraut-rock phase around the same time the last Wolves in the Throne Room album came out, and so I started thinking we could have these big 'Kosmische' synth soundscapes fused with doom-metal. We'd have had fun trying that for sure, but I'm not entirely convinced it would have been successful! Then, by chance, I found myself re-visiting 'Pod' by The Breeders and it was like a big slap round the face. It reminded me of my original plan to make a stripped down, honest sounding album, and how far I'd drifted from that remit. The very next day I was given a copy of Fugazi's 'First Demo' album and it started to feel like someone was trying to tell me something. Since then I've been immersing myself in the post-hardcore, minimalist rock sound of engineers like Don Zientara, Steve Albini and Bob Weston, along with pivotal post-rock records like 'Spiderland' and 'Millions Now Living Will Never Die', and working on ways of incorporating that kind of sound into The Owl Service. As far as I know, this is the first time anybody has fused traditional British folk song with American post-rock and post-hardcore production - it's going to be interesting.

What's for dinner?
Pizza, with a bottle of Italian beer.