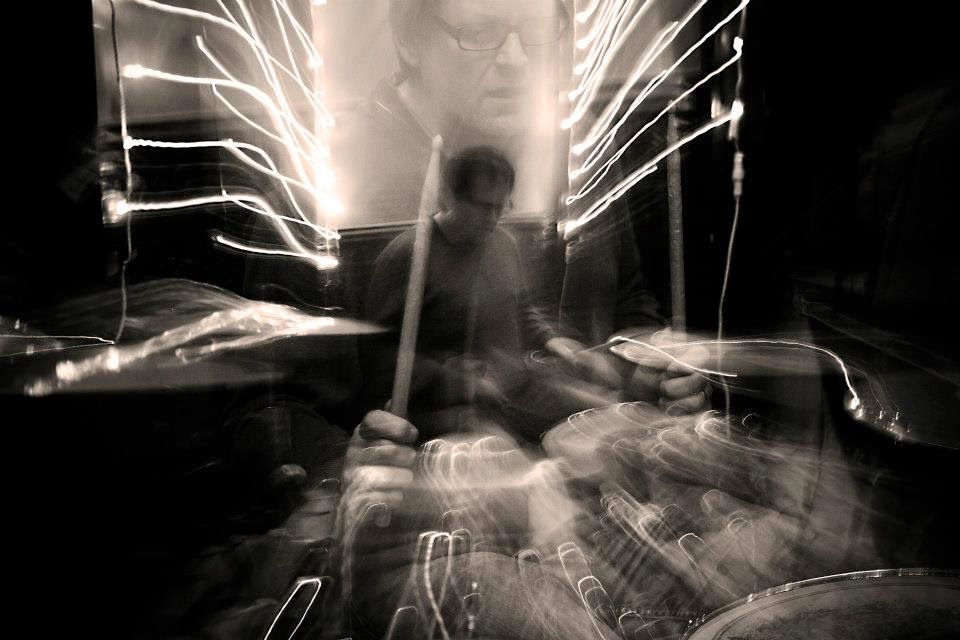 What was the first record you bought?
I had lots of music around me growing up and had sneaked a lot of my Mum and Dad’s records and tapes into my collection before I bought my first record. Stuff like Johnny Cash, The Beatles, The Beach Boys and Elvis found their way into my room in the 70’s before Punk came along and blew them all away for me.
Edinburgh is a city that’s made up from lots of villages joining together, so every area had a kind of High Street and there was a record shop on every one. It meant I could get along to my local record shop from an early age to spend my pocket money on a 7” while my friends were still spending their money on sweets.
The first record I remember buying, I can recall every step of the process. I met my friend, Skoges, and we paid the 5p fare on the number 42 bus to Abbeyhill, and then headed straight to Words & Music in Easter Road. We took turns each to listen on the one set of headphones to the new single by The Damned which was called The History of the World (pt1). We were both completely mesmerised by the song and left the shop with a copy each. The record stayed on my turntable until I saved up to buy the next instalment of my record collection.

What was the last record you bought?
The last record I bought was by a band I am completely obsessed by and have been since hearing them on the NME C86 album, Half Man Half Biscuit. I supported them with my previous band and was a bit star struck but I did get to play their drums. To a fanboy like me, that still brings a big smile to my face. "Urge For Offal" is their latest album and is definitely up there with their best and I don’t say that lightly. “Mcintyre, Treadmore & Davitt” and “This Leaden Pall” are, for me, the finest HMHB albums but the new one really gives them a run for their money. Nigel Blackwell is a lyricist who nails everything in British popular culture with a wit that is never snobbish or elitist. “Adam Boyle Has Cast Lad Rock Aside” is a song having a dig at fashion victims/hipsters and sums them up perfectly. “His folk antennae is fully switched on The Union Jack on his Epiphone’s gone He’s flirting with tweed Come and see how Adam Boyle cast lad rock aside”

What's one thing about you that very few people know?
I’m quite an open book, so there’s not (m)any skeletons in my closet. Don’t tell my kids but I had a terrible attendance record at school. I spent most of my time in a pool hall called The Courage Club. I managed to “acquire” a list from the truant officers office that had the ten worst truancy offenders in the Leith area. I was number 3, which is quite an achievement if you know Leith.

If you could record with any one artist who would it be and why?
Other than Half Man Half Biscuit, there are not really any bands I’d want to record with but I’d love to record a Frantic Chant album with Brian Wilson in the producer’s chair.

Who should we be listening to right now?
I’ve had the pleasure of hearing some of the songs that will be included on the forthcoming album by fellow Edinburgers, The Valkarys. It’s their best work so far and I keep checking my Dropbox to see if they’ve sent me any more. The album is out in April and is called Just Like Flying With God. Doing a radio show means I get to hear a lot of new music and I’ve had some stunning songs sent to me over the last few years from bands like Helicon, The Green Tambourine Band, Delta Mainline, The Jackals, My Electric Love Affair, The Red Plastic Buddha, Will Hanson, Mummy Short Arms, The Luck of Eden Hall, The Mushroom Club and loads more I’m going to be annoyed about forgetting here.

Vinyl, CD or digital?
I like all the formats for different reasons but vinyl will always have the edge. I was like a kid in a sweet shop when I first got connected to the internet, downloading everything I could get my virtual hands on. It kind of ruined the magic of hearing a new album for me though. Another record I remember the whole buying and first listen process was Daydream Nation by Sonic Youth. I stared at the candle on the cover for the duration of the 4 sides and by the end I swear it was moving and flickering. Downloading an MP3 just doesn’t have the same effect.

Tell us about your latest release.
We released an album last year called Ride It Like a Shark and Tim Ferguson wrote a review for The Active Listener that describes it better than I ever could. It was so refreshing to read an album review that completely got what we were trying to do.

What's next for you, musically?
We have been recording some demos for the next album and have been very quiet, gig wise. Recording proper begins next month with our long time producer Elle Durnan. Early signs are hinting that the songs will be more like our full on live sound rather than the tripped out stuff on Shark. We did say that the last time too but we get carried away in the studio discovering more and more layers we can add. We’re lucky we have Elle, who knows our sound so well and is almost like our 5th member. We’re not restricted by time in the studio and are able to spend as much time that’s needed on each song. So to answer the question, the next album will be somewhere between a 3 minute Motown inspired song and an 18 minute prog rock opus about mushrooms and fairies. Maybe.

What's for dinner?
I’d love to say it was my speciality chicken cooked in tomatoes, honey, lemon and orange but it will probably be beans on toast as I’m skint and the cupboards are bare.