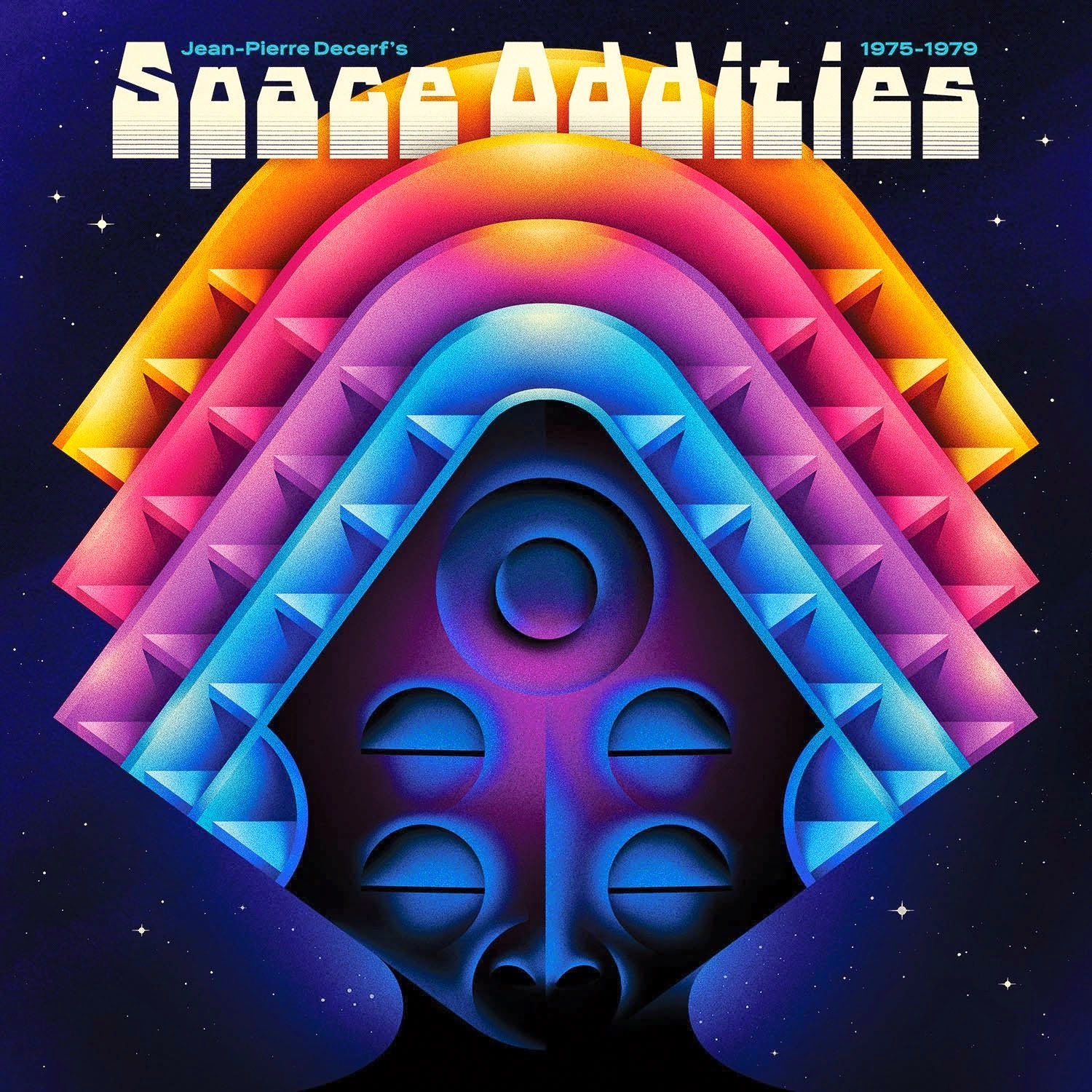 Born Bad Records have done a fabulous job here of drawing our attention to a French library / production music composer who had previously been well off my radar, and presumably that of quite a few others. Jean-Pierre Decerf is at the more obscure end of the spectrum, and that within a genre which is pretty specialized in and of itself.

From the early seventies through to the mid eighties, Decerf recorded around twenty albums of production music with titles and sounds of a cosmic nature. Born Bad here present a selection of his best material recorded between 1975 and 1979, with a colourful cover more befitting its contents than the ambiguous sleeve of the original releases. It's a pretty eye opening affair.

While the confines of cosmic Library music may seem fairly narrow, Decerf comes at it from all sorts of different angles. The diversity of this material is staggering, yet thematically its coherence can't be faulted.

Opener "Surrounding Seas" is very much what I expected; a warm kosmische synth wash with gentle woodwind accompaniment. Lovely, floaty stuff but certainly not indicative of what will follow. "Light Flight" immediately lets rip in a much more funky fashion, with peals of devastating lead guitar part way between "Maggot Brain" and David Gilmour. "Strange Form" is mad progressive pop music with stabs of staccato Hammond organ. It sounds like someone commissioned Emerson, Lake & Palmer to write a Top 40 pop hit. "The Orion Belt" is fabulous and Jean Michel Jarre style Radiophonia, and "Touch As Much" is startling; a proto-hip/hop/soul hybrid with live drums that seem to pre-empt electronic music styles that wouldn't emerge for another twenty years. This isn't the only visionary moment either. There are plenty of other sequences here that evoke music made by more commercially successful alternative artists - Air and Radiohead come to mind first and foremost.

Strangely enough, many of these tracks feature vocals, which I gather is rather unusual for production music - it would certainly limit the possibilities for its usage, but it certainly adds another dimension which other library collections notably lack.

So "Space Oddities" is that rare thing; a collection which is obviously prescient in a number of ways, but also tremendously listenable in its own right. Recommended? You betcha.

Space Oddities is available here on vinyl, and here on CD.