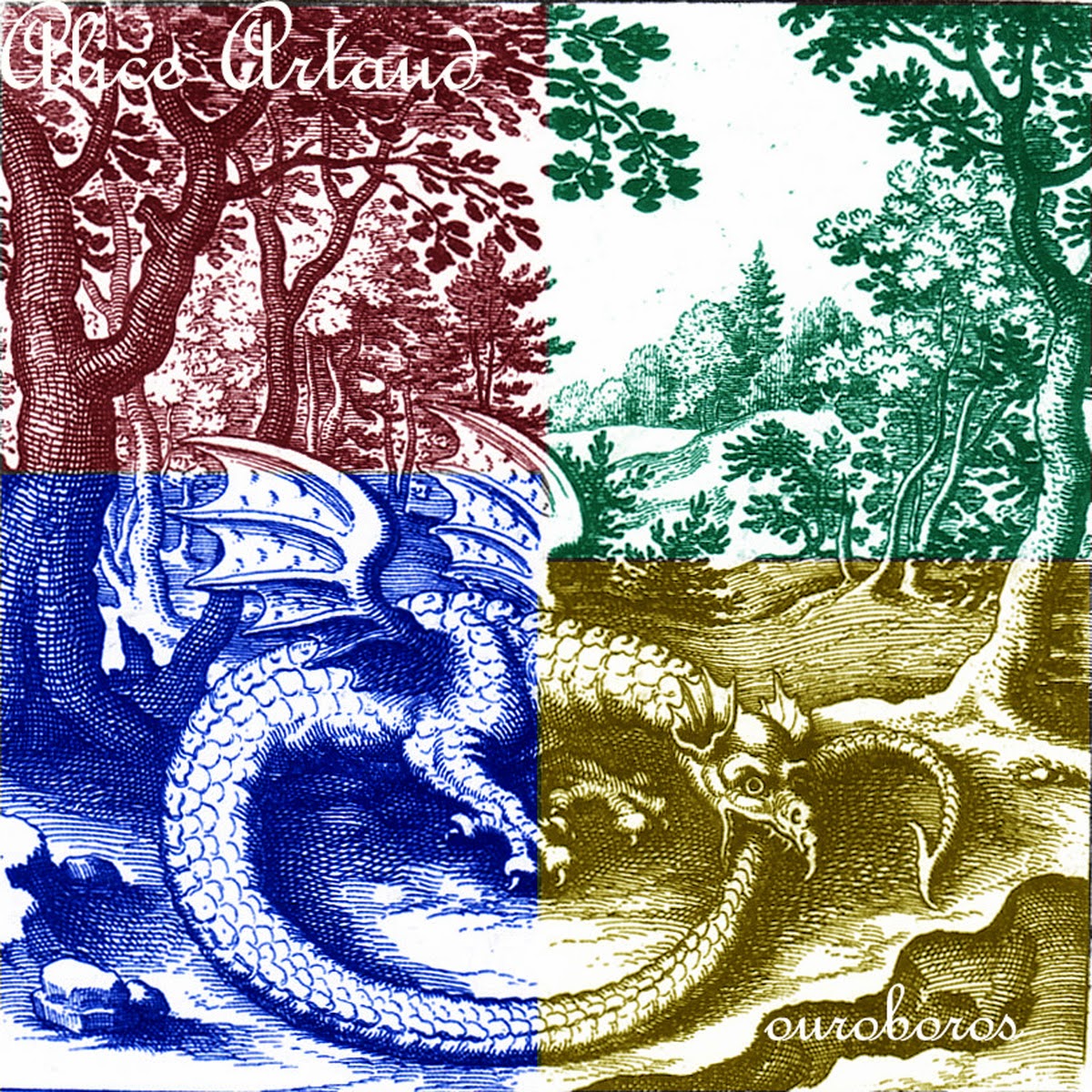 "Ouroboros" is probably one of the weirdest psych-folk albums ever. It tells the tale in French of Ouroboros, a giant snake who sends dreams to children and of a Masked Queen who wants to kill him. I know this because it is exactly what the press release says. I'm not usually that reliant on the press release for info (or indeed direct quotes), but "Ouroboros" is a French language album, and I sadly am not a French speaker. So bearing in mind that I'm unlikely to have anything insightful to offer in regards to the story, let's continue.

Why would I recommend an album that tells a story I'm unable to understand, you may ask? Because it's a hauntingly lovely thing, and if I can get this much enjoyment out of it without understanding a word, those that speak the language are going to be in absolute Heaven.

"Ouroboros" has a short running time - around 28 minutes - and probably a quarter of that time is made up of spoken word passages. These spoken word passages are supported by atmospheric incidental music that ensures the spell isn't broken for those of us for whom the words are but a pleasing sound. But elsewhere is where the true magic lies. The voice and guitar of Alice Artaud (who wrote all of these pieces) is at the forefront, and she does a fabulous job indeed, but equal billing should be given to Will Z (who himself has a fabulous album out soon). Taking on the arrangement and production duties, and playing an impressive array of instruments in support of Artaud's vision, Will Z has created a bewitchingly mysterious setting with a deep psychedelic undercurrent that makes it sound like a more accentuated version of a seventies acid-folk rarity. Multitracking Artaud's voice and casting it amid an array of sitars, mellotrons and other lysergic instruments, these two have created something of a timeless classic, and one that belongs in your collection right next to C.O.B, Stone Angel, Mellow Candle, and the likes. And chances are, if those albums weren't quite as 'acid' as you'd hoped for when you finally got a chance to hear them, this will  provide the trippy edge that you were looking for.

One of the best I've heard this year.