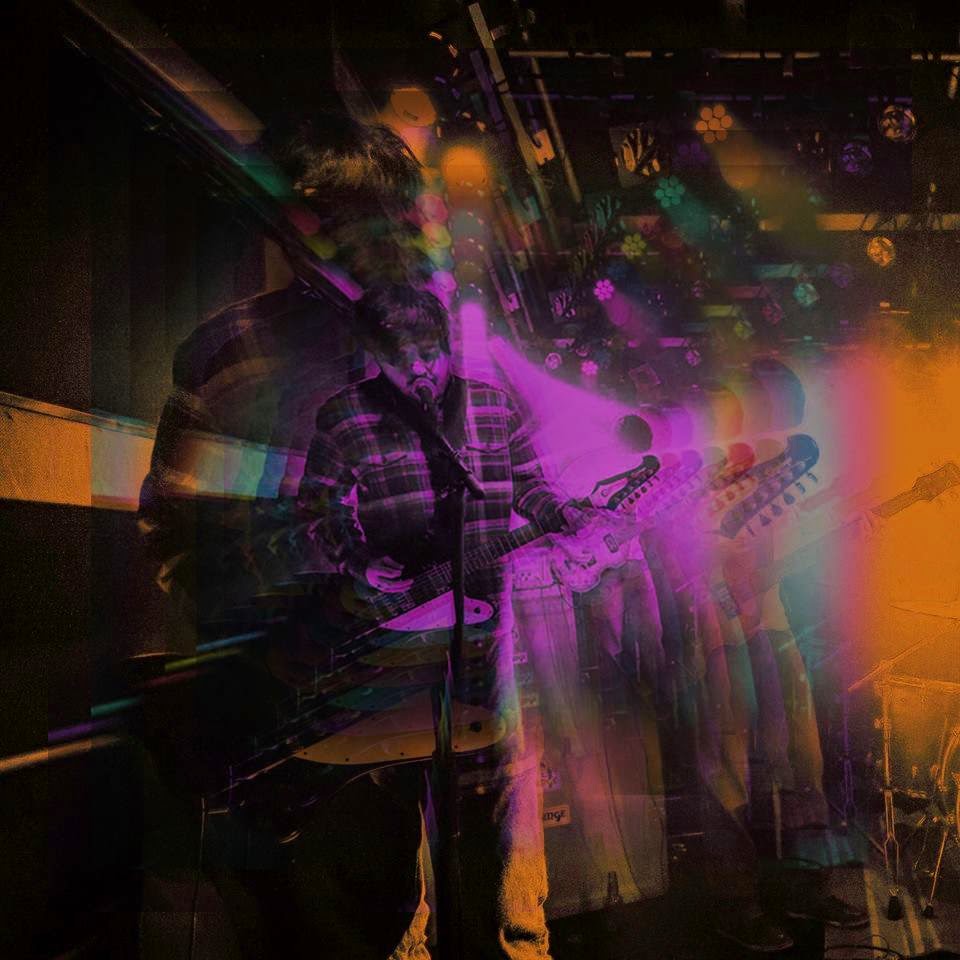 What was the first record you bought?
Well, except those kind of very bad records your parents buy you when you're a kid, I grew up with the old cassette tapes of my father. He used to listen to a lot of The Beatles and The Pink Floyd and I guess it had an impact on my future life now that I'm thinking about it. But the first record I really bought had nothing to do with all that, it was "The Fat of The Land" by The Prodigy in 1997. At that time, I had the feeling I never listened to anything like that before and I still have a special link with that record of course.

What was the last record you bought?
It's the vinyl of " Onwards to the Wall" by A Place To Bury Strangers. I never had the chance to find it on vinyl until now. I love A Place to Bury Strangers, that band sounds like a cocktail of Joy Division, Jesus & Mary Chain and My Bloody Valentine. I had the chance to see them 3 or 4 times and it was always awesome. I remember one time especially when I saw them in Belgium, they made me deaf for 2 days straight but it was an incredible show.

What's one thing about you that very few people know?
Maybe they don't know I like movies nearly as much as music. There are some movies that I could watch 10 000 times without being bored, a bit like you can listen to a record 10 times a day when you love it. My favourite kind of movies are Giallo, Spaghetti Westerns and some horror movies, but I like a lot of different movies. There is also the fact that I'm an obsessive person who needs to know everything about a topic when I discover something. Sometimes it fools people because they met me 7 or 8 years ago when I was deeply into doom and drone stuff and they think I only listen to that kind of music. I don't think they imagine me at all listening to soul music or jazz although I do. My opinion is that there are excellent things in any type of music or movies, you just have to keep digging, and believe me, you'll find things that will change you forever.

If you could record with any one artist who would it be and why?
Funny but it's hard for me to answer that question, I never imagined myself recording with another artist although I have nothing against it. The people I imagine the most working with are producers like Steve Albini (I'd like to hear what he could do with those massive guitars we often use). It would also be cool to work with Jean-Claude Vannier (the guy behind "Melody Nelson" by Serge Gainsbourg) on a Pink Floyd-esque album. I always thought it could definitely be something amazing. Phil Spector also of course, but who doesn't dream of that ? It's also a bit difficult now...

Who should we be listening to right now?
Except my band you mean? Well, if you like psychedelic music there are clearly dozens of good records every month. First of all you can listen to anything by Dead Skeletons. They are definitely the most interesting thing that happened during the last few years. These days I also like to play "The Tower Of Foronicity" by Singapore Sling, "Manipulator" by Ty Segall and "You Know What To Do" by The Shivas which I will play a lot, I think, when sunny days are back. I'm also into Vibravoid these days.

Vinyl, CD or digital?
I'm not someone who's into vinyl and nothing else. Honestly, CDs and digital are often useful when you travel or drive a car so I use all of them. However, as a music freak nothing sounds better than a vinyl record and nothing is as beautiful as a vinyl record. I like to look at my collection and I guess it's a common thing with vinyl owners. Seriously, who looks at his mp3s or CDs with so much passion?

Tell us about your latest release.
This our first album and it's called "Thousands of Visions". It's a mixture of psychedelic and shoegaze sounds. The name is an obvious reference to psychedelic experiences and visual works, but it also goes pretty well with that record because I wrote some songs maybe five years ago, and some others during the recording process of the record, so you have a great collection of all the things we've done since 2008. You have trippy psychedelic stuff, psychedelic rock, shoegaze, some cold wave, even some psychedelic pop song.

What's next for you, musically?
"Thousands of Visions" has been released on CD in late 2013 and it will now be released on vinyl in the next few months (hopefully April/May) by Nasoni Records, based in Berlin who already released some of the finest psychedelic records by Vibravoid, Electric Moon, Space Invaders... . We will tour a bit in Europe with great bands like Froth, Sonic Jesus, Jack of Heart... and we also would like to record some new songs by the end of the year. We've already started to play some new stuff during our concerts and it sounds great.

What's for dinner?
That's an excellent question. I often choose a record depending on what I want to eat or what I will eat. As we're french people, food is an important part of our culture. Also, good food is great, it makes you happy as much as a good record. I like a lot of kinds of food but my favourites are French, Latin-American and Italian. So my suggestion for tonight would be some nachos with a record by Los Mac's or even some Laghonia stuff. Bon appétit!