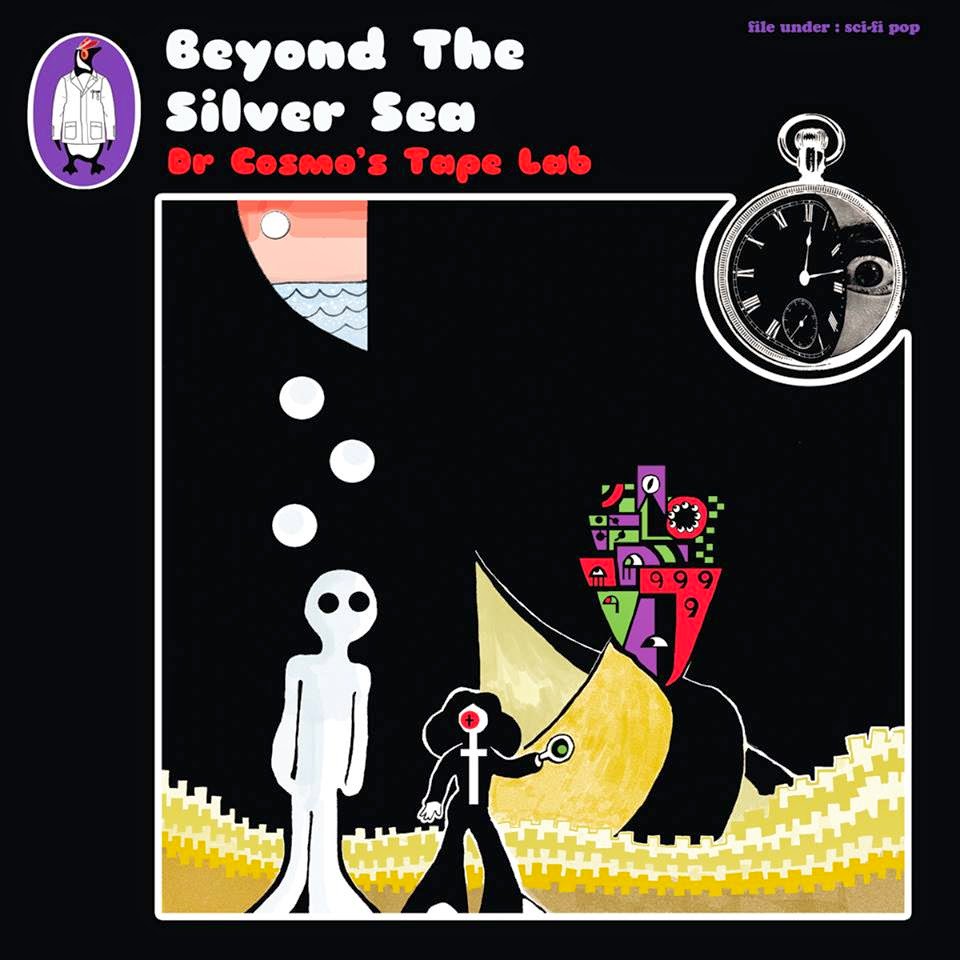 Comprised primarily of the duo of  Joe Kane (formerly of the Owsley Sunshine, currently Macca from a really fab Beatles tribute band), and former BMX Bandit Stu Kidd, Dr Cosmos Tape Lab are obviously going to be a force to be reckoned  with in the poppy hooks department. Previous album "Ever Evolving Lounge" was a delightful affair, as you may recall from the evangelical zeal of this review. And now for EEL's followup (which they actually recorded first), we've got a full blown concept album.

"Beyond The Silver Sea" is "a sci-fi pop concept album set in an alternate not too distant future. It tells the story of a man experiencing a strange recurring vision in his dreams which is totally outside of his sphere of reference. The dream inspires him to think differently, change his physical appearance, and even place in space/time to find a better way of life and escape the confines of his current reality." says Joe. Beyond that, it's also a top drawer collection of classic pop tunes which successfully elbows it's way into the very small 'concept albums that aren't rubbish' club.

Adam Smith provides a running narrative between tracks to further the story's development, giving the Cosmo's the freedom to realize that even though they're recording a concept album, the songs can shine individually without needing to be expository pieces. As such, there's nothing on here that doesn't thrive when separated from its album-mates. It's all single-worthy.

Echoes of sixties mod-pop ala the Small Faces and baroque pop along the lines of the Zombies dominate. Perhaps surprisingly given Kane's role in Them Beatles, there's very little that is Beatlesque about "Beyond The Silver Sea". Having said that, I'm almost certain that they've stumbled upon a cache of undiscovered 1964 McCartney demos intended for Cilla Black, heard "Time Enough For Love", and decided "We'll have a bit of that." That aside though, this is far more Mod than Mersey. And it's not all sixties worship either; "Pie, Mash & Liquor" dabbles in "Ghost Town" style dub adeptly enough to ensure that the future of this band could lead almost anywhere, and that's all part of the fun.

Available very soon in a limited edition vinyl pressing from Sugarbush Records, as well as CD and digital.