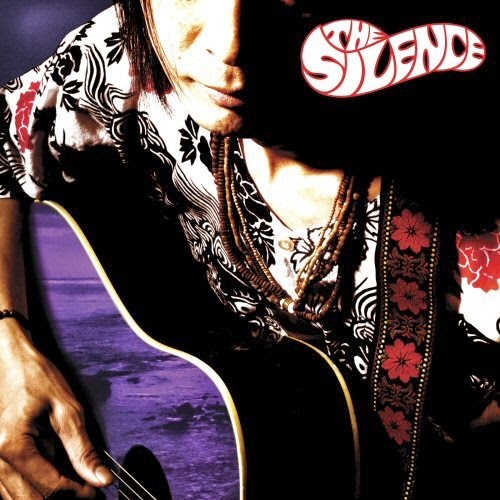 Following the release of 2007's "In Stormy Nights", long running Japanese psychedelic legends Ghost went on hiatus. Frontman Masaki Batoh admits that he considered giving up music for good, but a chance meeting with former Ghost colleague Futoshi Okano in Spain in 2013 ignited a spark that led to the official disbandment of Ghost (thirty years after forming), and the announcement of their new band, The Silence.

Joined by Jan Stigter on bass and Ryuichiro Yoshida on flute and saxophone, The Silence's first, self titled album was recorded entirely on analogue, which gives these recordings an immediacy that makes them sound like they were recorded live in the studio.

I'll admit that I'm not overly familiar with the majority of  Ghost's large body of work, so I can't comment on whether the Silence is a departure or not from Batoh's previous work, but I can confirm that this is top notch stuff. Using a mixture of acoustic and electric instruments and tapping into an exploratory mindset, these four seem to relish the opportunity to play off of each other. There's an early progressive feel to much of this, with the tight riffery of "Pesach" bringing King Crimson to mind - as does Yoshida's saxophone work elsewhere. "Lemon Iro No Cannabis" is a grand prog thing too, performed at a stately pace. These more rock-oriented numbers offer an immediate payoff, but there's another side to this record that is even better. "Triptycon" strips back the electric guitars for an appealingly rambling folk workout, with a distinctly medieval twist that wouldn't be out of place on a vintage John Renbourn album. Its descent into lysergic atmospherics and eventual rebirth, heralded by the memorable flute motif is quite remarkable. As is the band's deconstruction of the ancient folk standard "Black Is The Colour of My True Love's Hair", which features a remarkable vocal performance from Batoh, and a surprisingly bludegeoning breakdown after several of the verses.

I'd wager that there are quite a few people out there waiting with bated breath for this, and they're not going to be disappointed with what they hear.