Nine Questions with the Hanging Stars 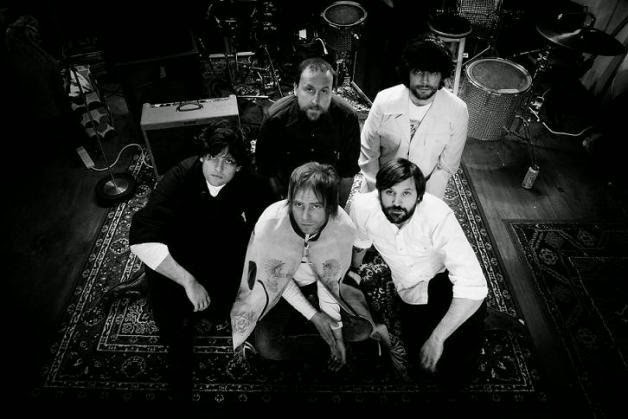 Today...Richard from the Hanging Stars (& The See See).

What was the first record you bought?
Depeche Mode "101", influenced by my older cousin. I still think Depeche Mode was an amazing group. So was Frankie Goes To Hollywood for that matter.

What was the last record you bought?
Alberto Montero - Puerto Principe (2013) Such an underrated and ignored record. Jesus. He's like a Spanish Arthur Lee. The most stunning beautiful compositions and atmospheres he conjures up. I wish I had a clue what he was on about though

What's one thing about you that very few people know?
Our band were all born with tails. True story. Also, Richard's dad was in a band with Bjorn from ABBA in the early 60s.

If you could record with any one artist who would it be and why?
Tutankhamun's court composer. It would be amazing. But alas he is long gone. As are the pharaohs. Might be a good thing.

Who should we be listening to right now?
Thelightshines - Now The Sandman Sing.

Vinyl, CD or digital?
Vinyl for sitting. Mp3 for walking.

Tell us about your latest release.
We've got our debut 7" out on the Great Pop Supplement label on March 23rd. We sing folk songs updated to the now with some lysergy thrown in for good measure. It's a double A side called Golden Vanity/Floodbound.

What's next for you, musically?
Finish and release an album and play shows all across this blue green earth.

What's for dinner?
Vegetarian chili from a can. We're broke.