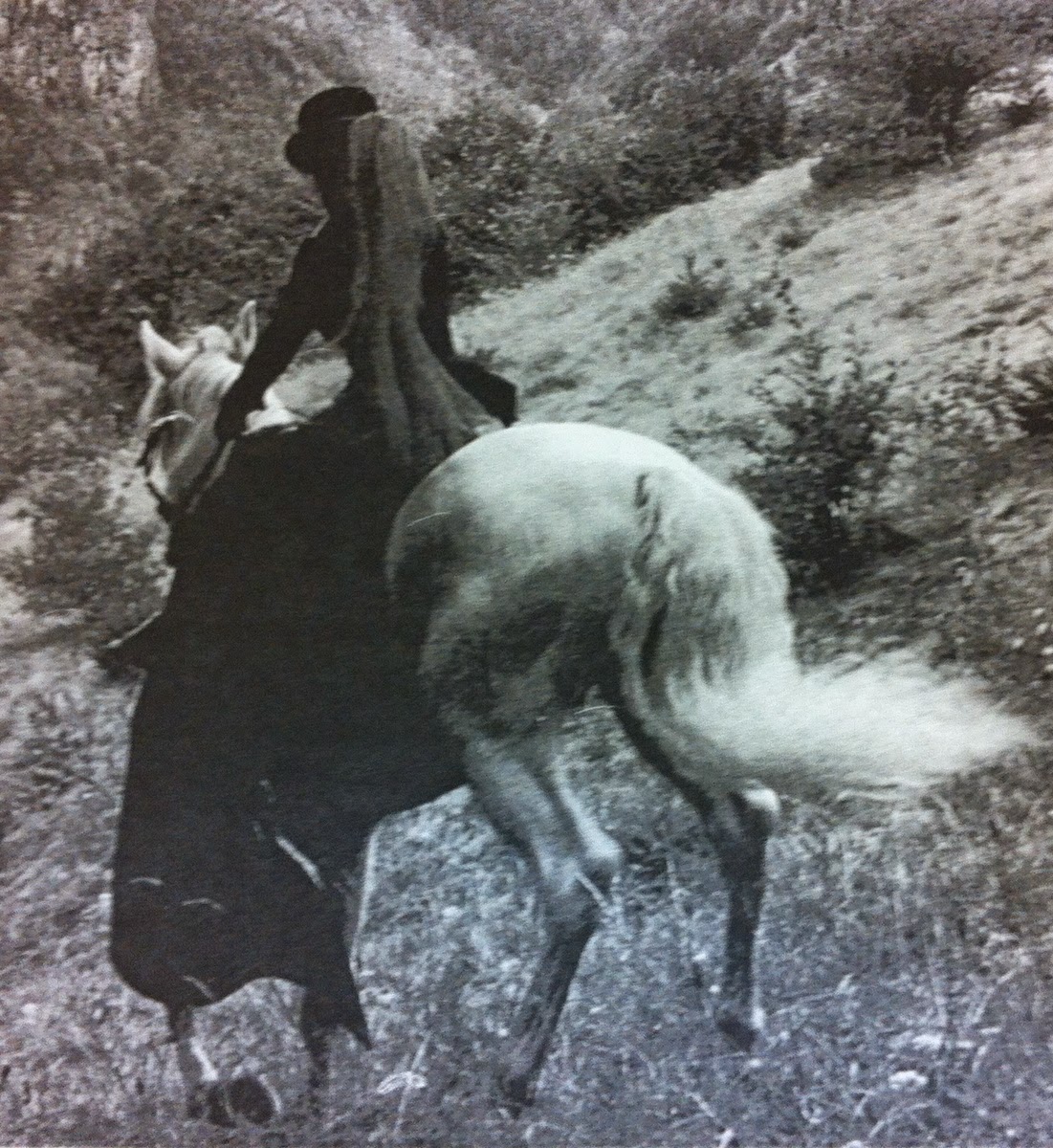 Leicester, UK’s Children of Leir released their second eponymous record – identified alternately as (horse cover) or "Children of Leir II" – this past February. The self-described “psych/drone horror pop outfit” is all those things in turn – and a few others.

Opening track, "Drowning in Fear", kickstarts this wild ride of eerie and twisted pop songs, each of which could up the evil factor on an early Dario Argento or Roman Polanski film soundtrack. But "Drowning in Fear", just shy of ten minutes, demonstrates, too, that these musicians have some serious sensibilities for songwriting. Yes, the whole record is channeling a certain vibe, but each song could stand up for themselves as well. As a whole, though, the creeping feeling, sustained across the album, is made that much more unnerving because it is packaged in the familiar sheen and organization of catchy grooves and pop standards.

"Germinal" is a brooding perpetual-motion machine of dark-psych that builds upon a simple, articulated chord progression to create an unsettling and weird journey that includes organs, Theremins, and pounding rhythms. It’s a stand-out track that unearths Children of Leir’s influences like strange artifacts, and sounds like a by-product of clandestine meetings between kosmiche musik obsessives, vintage horror aficionados, and alien conspirators. "Shadows", the track immediately following, similarly verifies the band’s infectious fuzz pop madness without compromising their niche sound.

Though the influence is less obvious upon first listen, songs such as "Golden Hair" suggest inspiration from early goth rock and industrial music such as Cabaret Voltaire, in that, similarly, Children of Leir draws from a variety of sounds, manipulating even rougher/physical sounds into a pop environment to create a varied and interesting mixture of manipulation and content, organic and synthesized.

If you’re familiar with Children of Leir’s work, II’s seven tracks are a logical expansion: pulsing sci-fi rock with a healthy dose of psych vibes, taut motorik rhythms, and passages of noodling worthy of whatever sort of worship you can imagine. The many genres touted here act only as a listener’s guide, something to latch onto; there are great elements at work here that bend and twist even these tailored labels.

"Children of Leir II" is available on their bandcamp page digitally or as limited run CD-R with made to order handmade covers.