Spökraket "In a Witch Forest" 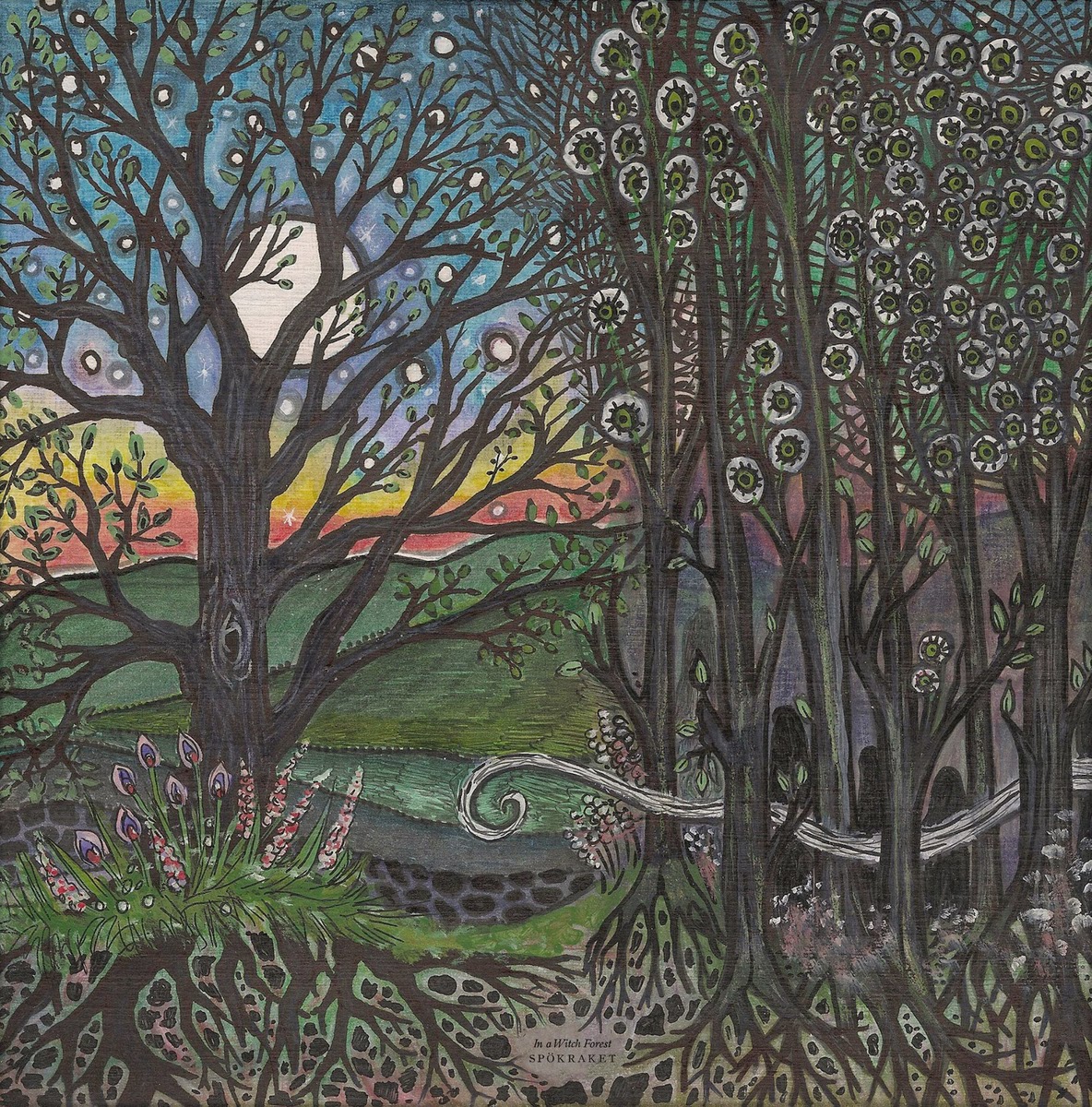 "In a Witch Forest" is Spökraket’s third full length release. For familiar listeners, you may be surprised to find no track longer than a six and a half minutes on this go-around; while Spökraket has, in the past, excelled at long compositions, these compact songs suit them well, too. This nine song installment is one of their most eclectic and dynamic. Recorded to tape over the course of 14 months, "In a Witch Forest" is being self-released via Cable Hell Studio.

Promotional material for this album emphasizes a “North African and Indian” influence. Named after the public space in Cairo, Egypt, "Tahrir Square" – most recently known for the site of the June/July 2013 protests – the opening track takes its cue from the region, beginning with a frenetic and layered rhythm that melds with an Eastern-inspired running melody – hazy and dense with reverb, of course. It’s clear from the opening, that – like many bands before them – Spökraket has cast a wide net and found inspiration and instrumentation beyond their home of Århus, Denmark. Still, they remain true to their lush neo-psych and Krautrock roots throughout.

After "Tahrir Square" and "Tandava" – two of the most rhythmically eclectic on the album – "Lord Drug my Mind" is a quick foray to more traditional grounds, though no less interesting. "LDMM" is a fast paced, far flung heavy-psych gem with hazy, punk demands. It acts, too, as a transition from the layered polyrhythms of the first two tracks, as following track, "My Mind is Going", picks up with a fuzzy drum machine loop and builds into a layered, shoegaze ballad – complete with grand piano and feedback, which need to appear together more often than they do. Likewise, "Electricity Comes from Other Planets" explores ambient territory.

"In a Witch Forest", the album’s eponymous track, proves again that Spökraket holds within their collective wheelhouse not just one sound. More importantly, it proves they can pull off each of these sounds with poise. "In a Witch Forest" is a neo-folk song that makes use of a table, dishes, and handclaps in its rhythm section. And, once again, they do it well. Whether it’s an electric guitar, grand piano, darbuka, clarinet, organ, singing bowl, or didgeridoo, Spökraket seems capable of melding them into yet another coherent and impressive sonic adventure.

"In a Witch Forest" – as well as the band’s impressive back catalogue – is available digitally or vinyl (pre-order) on their bandcamp page.