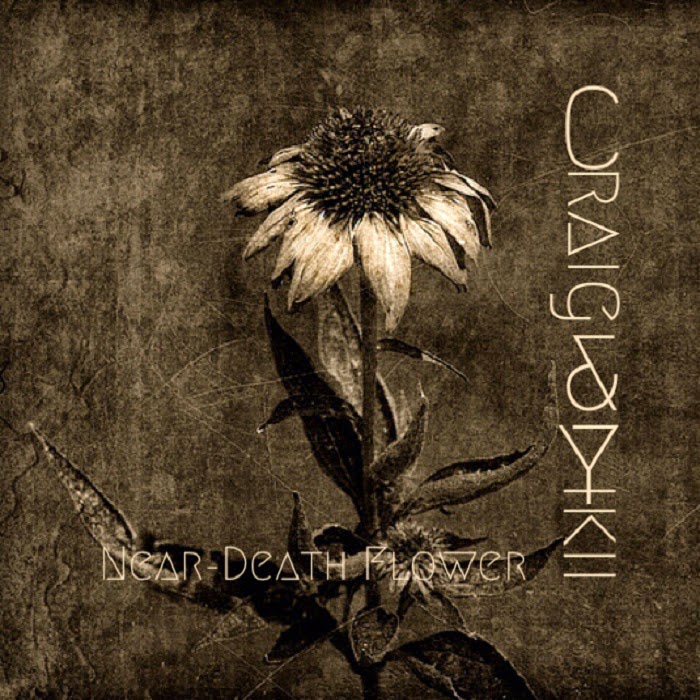 "Near-Death Flower", a collaboration between Sheffield’s Craig Manga (of Manga Bros) and China's Yikii Tong, has been described as 'dream pop with night terrors', an entirely fitting accolade for this most ethereal, yet barbed EP. A hazy, shimmering mix of Cocteau Twins reverb and Cranes style vocals, this is an otherworldly, unsettling and beautiful work that drifts and floats on entirely its own plain.

Opening track 'Whale in the Belly' begins with Yikii's vocalisations, her crystalline voice stretching over clouds of somnambulistic electronics and gentle percussion. It all feels delightfully and slightly out of kilter with reality, an Alice in Wonderland air of lysergic dreaminess. For fans of 4AD acts such as His Name Is Alive, This Mortal Coil and Modern English this is essential listening. 'Ghosten' starts with echoed glockenspiel and some gorgeous backwards melodies that seem to orbit around each other, creating a late night or early morning haze that both disorientates and enraptures. Yikii's layered vocals intertwine; creating a ghost choir of disquiet and beauty that hovers over the electronic buzzes and whirrs before fading into the ether. 'Last Ghost Story', with its ringing harmonics and treated guitar is a harsher environment but still icily reflective and frozen in sheer loveliness, whilst Yikii intones over the growing chimes and tension. You need to hear this; it is a masterclass of carefully and deliberately controlled atmospherics and brooding, layered ethereal pop. The guitar becomes ever more apocalyptic, the bells more frantic until all disappears into the black of night. Closer 'Tactile' is quiet, insistent, yet filled with warped electronica. Yikii's haunted vocals and analogue wails and hums create a cathedral of sound that suggests a very modern form and interpretation of psychedelia. Dreamlike, unique, utterly creative and in its own universe, Near-Death Flower is a rabbit hole all of its own.

Available now on bandcamp this is a stunning, unearthly and accomplished EP that Ivo -Watts would have snapped up to be on his label back in the day. Do not let this go by; there is perfect psychedelic pop here, left of centre perhaps but bewitching and entrancing almost definitely.