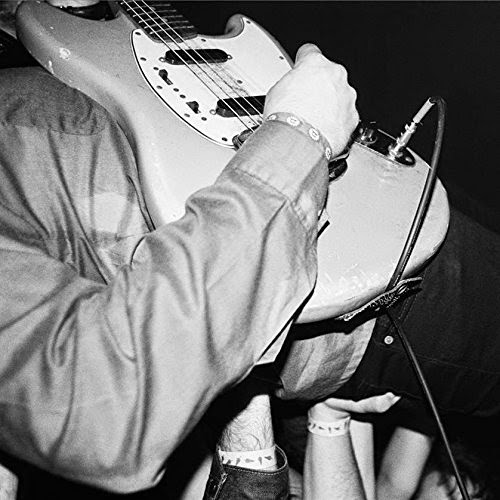 When I first moved to Los Angeles and began frequenting local record shops and venues, everyone was talking about Ty Segall, and now, a few years later, even more people are talking. Most Southern Californian listeners (and further and further all the time) know, at least, his name or have, sometimes unwittingly, one of his many projects or bandmates’ projects (like Ty Segall Band, Fuzz, Mikal Cronin, Meatbodies, and on and on) on heavy rotation. Living in Los Angeles, eventually, you end up at one of his shows. My most memorable: Ty Segall Band and opener Wand (whose new album was recently reviewed here) leveled the packed Permanent Records shop – along with the sidewalk immediately around it. "Live in San Francisco" manages to wrangle the searing fuzz and kinetic energy of Segall’s heavy punk-infused garage rock live show, complete with stage banter and brief crowd-sourced stand-up.

For an artist whose many albums have a live-recording quality to them already – rife with improvisation that is perfectly flawed, especially 2012’s "Slaughterhouse" – the prospect of a Ty Segall Band live album is interesting in that it provides much more than a chance to hear favorites “live”; rather, it’s a chance to feel the freewheeling brink-of-chaos style shows and realize Segall’s songs are living things that change without falling short of the “album version” and often improving them, if only because they are so soaked in enthusiastic freak-outs. While not their first live record release (see 2011’s "Live in Aisle Five"), this is certainly the most polished. It was recorded over two nights in San Francisco’s intimate venue Rickshaw Stop.

A lot of the set comes from TSB’s "Slaughterhouse", which makes sense. "Slaughterhouse", unlike many of Segall’s albums, was recorded by a full band and not single-handedly. Once again, the powerhouse personnel return for this outing: Emily Rose Epstein, Charles Moothart, and Mikal Cronin. These tracks are some of Segall’s loudest and most raucous. They embody a wild and mad garage revival and act as a touchstone for the entire Bay Area/LA psych scene. College radio favorite "Wave Goodbye" opens with an excited Segall calling to the crowd. For the next ten songs, that energy doesn’t let up.

Castle Face Records’ "Live in San Francisco" series is a fine representation of the scene. Other installments include Fuzz, White Fence, Destruction Unit, OBN III, and Icky Boyfriends. Each of these have created a modern standard for, and done its part in revitalizing, valuable live recordings. Like them, Ty Segall Band’s turn is crisp, gritty and perfectly captured. For returning listeners, for new-comers, this album is essential garage rock.