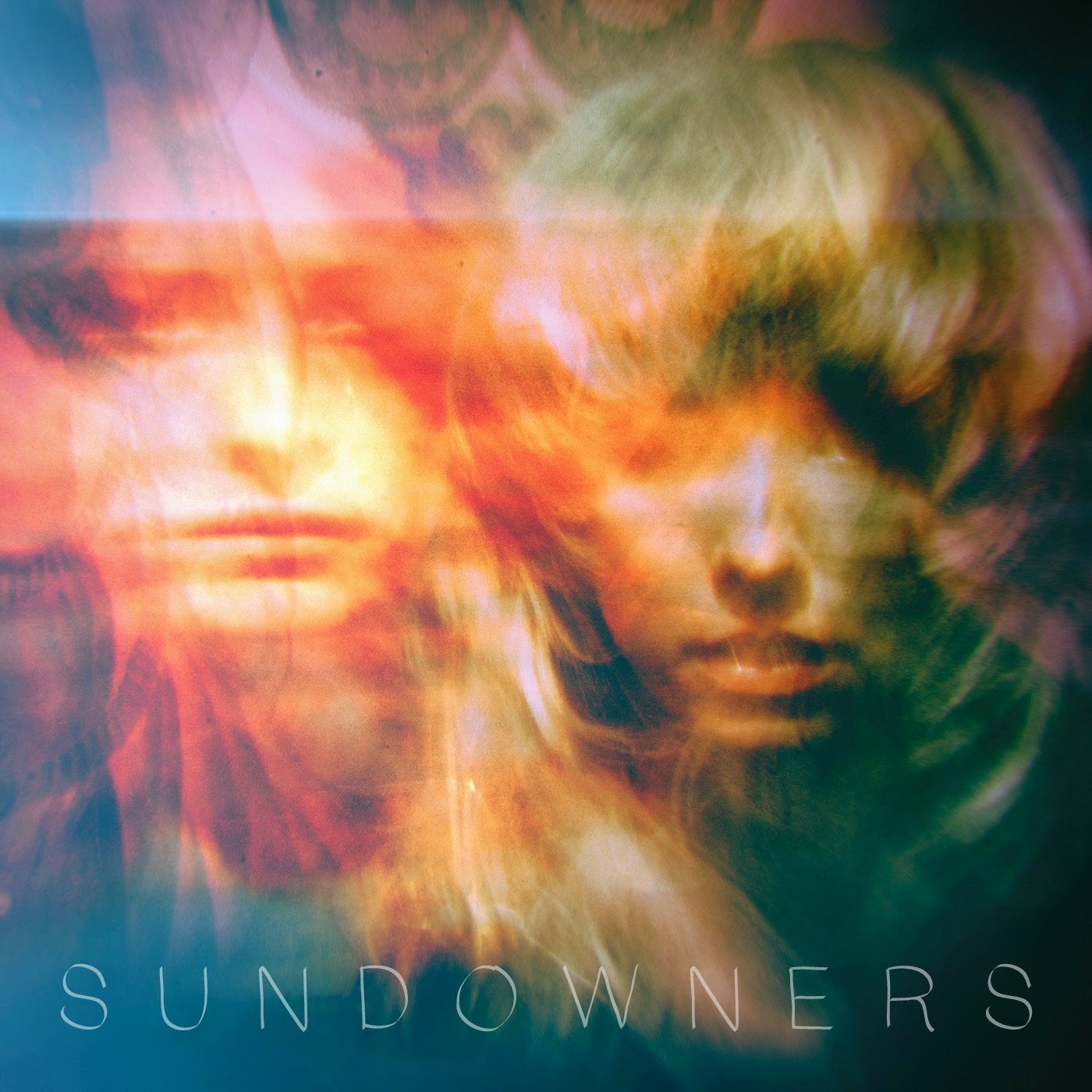 In what is starting to resemble a Liverpudlian musical dynasty of sorts, the more apropos name for the label that has just released this Wirral quintet’s eponymous debut might be Skelly-ton Key Records. That surname figures prominently in the membership of every band in Skeleton Key’s burgeoning stable of artists, most notably those perennially #undertheradarbutremarkablyconsistentandmuch-missed Wirral wonders, The Coral. Currently on extended hiatus from that band (whose most recent release of new music was "The Butterfly House" in 2010) brothers James and Ian Skelly took time out from their successful solo careers to produce the Sundowners, whose membership includes siblings Alfie and Fiona, guitarist and co-lead singer respectively.

It was a great relief to see “Hummingbird”, the Sundowners’ ebullient first single – released over two years ago now – included on the long-overdue debut. Sounding something akin to the Mamas and Papas fronting the Byrds, the song is a fully adrenalized, de-twee-ified and completely refreshing take on 60’s Sunshine Pop. Lead vocalists Fiona Skelly and Niamh Rowe send the song hurtling on a sugar-sweet breeze, while the rhythm section (consisting of Tim Cunningham on bass/ backing vocals and Jim Sharrock on drums) ensures things remain firmly grounded in solid psych-rock. It is that blend of sweetness and power, distributed in equal measures, that epitomizes the Sundowners’ appeal at its best.

The album itself begins with “Wild As The Season”, which is, in truth, more of a lesson in dynamics than it is a proper song. At only 2:13 in length, fully half of which is taken up by an intense instrumental buildup before the first lines are even sung, one presumes the piece was specifically designed to be the band’s opening salvo in concert. It sounds huge here; it probably sounds even bigger in a live setting. “Back To You” is a hot, psych-tinged power-popper peppered with cooing “Oooh”s, while “Into the Light” sounds like a lost Coral track that’s had James Skelly’s vocals wiped and replaced by Fiona and Niamh.

Just when you think you’ve got their sound pegged however, the Sundowners switch things up. “Who We Are” begins like a hypnotic, post-punk thumper, then improbably incorporates psych-guitar passages and haunting harmonies to tremendous effect – plus there’s more sultry “Oooh”s. This band knows an earworm when they sing it. “If Wishes Were Horses” begins with an ominous bass riff, all dark and sinister, but transforms into a relentless rocker, thanks in part to spirited lead vocals from Rowe and Skelly, some audacious fuzz-guitar breaks, and Cunningham’s pulsing bass runs. Elsewhere, “End of the Game” contains a laid back, late-70’s West Coast/Stevie Nicks-era Fleetwood Mac vibe that sounds both familiar and fresh. “I Dreamed” begins like a Coral ballad but, once again, subverts expectations by suddenly transforming into a guitar fest. In a time when drums are produced to sound as fake as possible, Sharrock’s Keith Moon-like cymbal washes are a godsend. “Soul Responding” and “Desert Rose” are perfectly serviceable, highly energetic numbers, but easily the most conventional-sounding of the lot.

Just as “Wild As the Season” feels like the natural choice to open both concert and album, “Medicine”, even if not specifically designed as such, feels like the epic, grand finale: it’s dynamic and edgy, with punishing buildups punctuated by soaring harmonies, Skelly’s various guitar explosions and Sharrock’s snare-crash accents.

Wake up, everyone, it’s sunrise on the Sundowners.