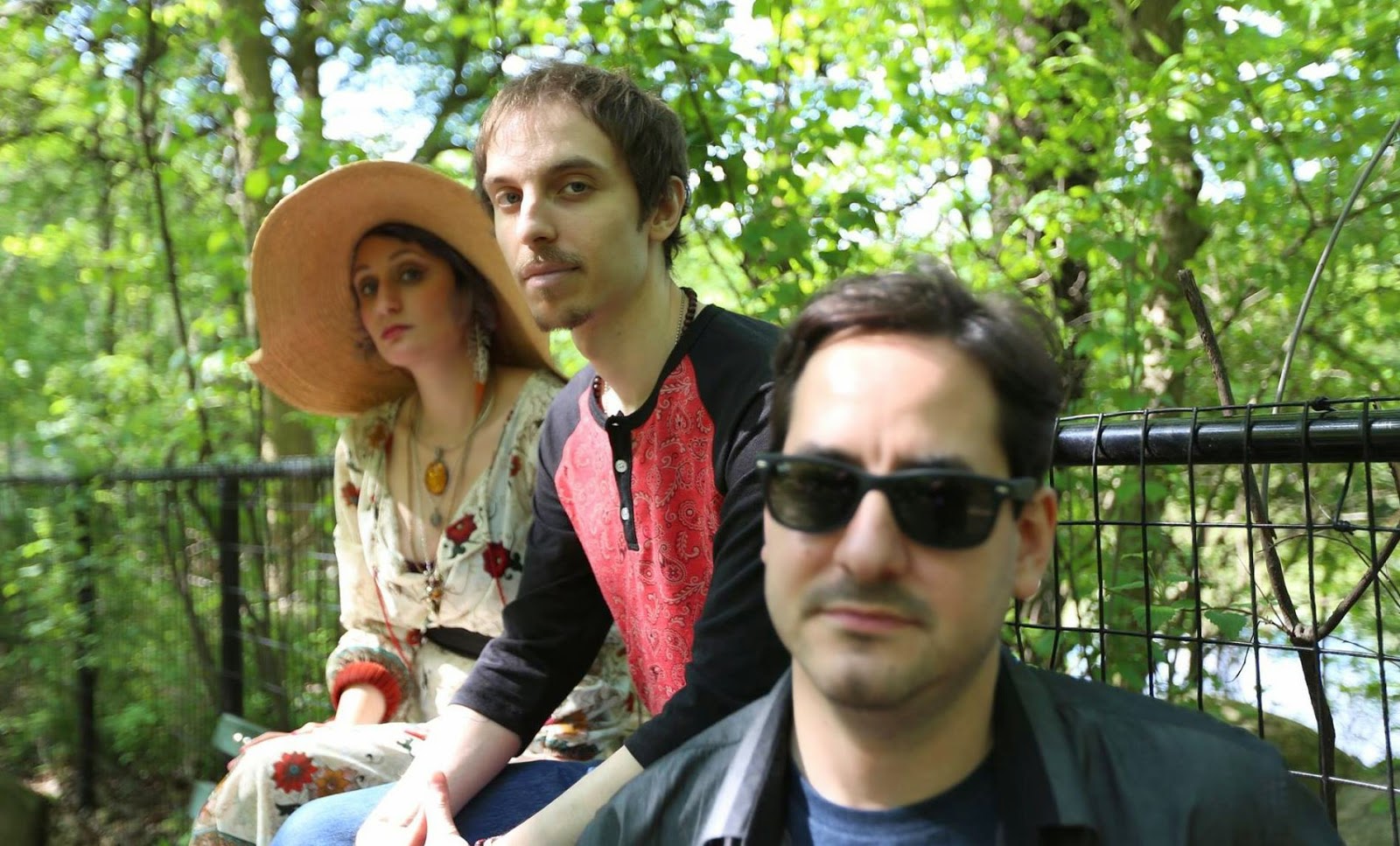 What was the first record you bought?
Chris: The first cassette I bought was Pearl Jam "Vs" in 1993. My first vinyl was the Beatles "Yesterday & Today" (my copy of course was the re-shot cover and not the butcher one). I had just discovered the US versions of their discography, and this one was tops on my wish list, despite being a weird compilation of sorts.
Pete: Buddy Holly From The Master Tapes" double-LP when I was 12. Best purchase I've ever made, (still have it of course)!

What was the last record you bought?
Chris: "Picture You" by the Amazing. These guys have been one of my favorites for a few years now and my anticipation for this album had been through the roof, and it certainly did not disappoint. I can't wait to totally immerse myself in this one.
Leah: Stardeath and White Dwarfs "Wastoid"
Pete: "With The Beatles" (2014 analog remaster) just gets better and better somehow...
Chris: It's getting better all the time.

What's one thing about you that very few people know?
Leah: I have mole on the bottom of my second smallest toe on the left. Most people don't know this because they aren't generally looking at the bottom of my feet.
Pete: Most people know too much already. I find it hard to stop talking about myself. (See? Case in point)....
Chris: Some people have religion; I have Seinfeld. If anyone wants to take me on (or the whole band if we're doing teams) in Seinfeld trivia, prepare to lose!

If you could record with any one artist who would it be and why?
Chris: Robert Fripp. I would want him to produce our album (and maybe guest on Mellotron and a solo). I think he would bring some zen to the process, but also, I trust his insight and experience. (Plus of course, him commenting on each take with his Frippisms would be priceless).
Pete: Hendrix! Why? Well....as a drummer, I'm sure I wouldn't keep up, but it'd be such a thrill going down in flames in that context. Hendrix seemed like such a nice guy he probably wouldn't make me feel too bad about it.

Who should we be listening to right now?
Pete: Yes, we should be listening to The Who. Or Yes. Both are amazing!
Leah: Stardeath.
Chris: Wand. The Amazing. And all of the latest King Crimson official archive series.

Vinyl, CD or digital?
Chris: Vinyl. I suppose the simplest reasoning is sound quality, particularly that of a great recording/ master. Tangibility as well; it gives the music a life and a value lost in the digital age.
Leah: Vinyl for the experience, digital for convenience, CD's for when you don't want to carry vinyl home, but you still want to buy an album at a store.
Pete: Vinyl, always!

Tell us about your latest release.
Pete: I don't know much about it. I seem to have already forgotten most of it.
Chris: "Her Dawn Wardrobe" is really the next logical step in the evolution of the band. We have built upon the psychedelic rock foundation we previously created by exploring and introducing elements from other genres. The songs all breathe a bit, as we worked on creating space in the music. It's a warmer and quite inviting, but also a dark set of songs that I think takes a few listens to really resonate. And we couldn't be prouder of it.

What's next for you, musically?
Chris: Finishing up the promotion behind the new album and playing tons of shows behind it. I've been writing again lately, and we'll probably start to approach those ideas later this year. While not necessarily easier than before, the songs come about more organically, with way less thinking involved; a good song should really write itself.
Pete: I have no idea. That's I think the joy of it and what keeps it from becoming boring, after all these years. I've never had any idea where I'm going musically but you let the music guide you naturally.

What's for dinner?
Leah: Awesome take out from il Bagatto (best roasted chicken and bruscetta EVER)
Chris: Homemade Indian curry (vegetarian Jalfrezi) along with lentil soup.
Pete: There's this deli down on Delancey Street that I swear I've been to 5-star restaurants that don't have as fresh, quality food...and all food, all day, all night. You name it, they make it, and it's amazing. $5-$6.